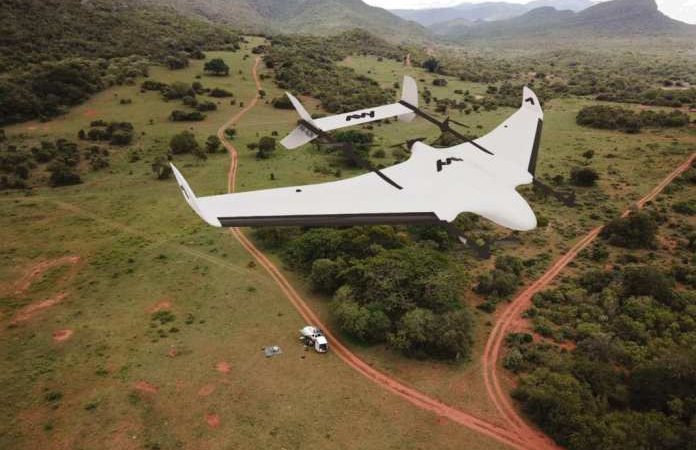 Botswana is the latest African country to be involved in a collaborative project that flies essential and emergency healthcare products to remote communities in rapid time, reports a press release.

While, Botswana’s challenges stem from its geography and sparsely distributed population, it is considered to be a relatively wealthy and stable African nation compared to many others. A 2018 study study on healthcare in lower and middle-income countries published in The Lancet found that, in 2016 alone, 5 million excess deaths were attributable to poor-quality healthcare, while 3.6 million resulted from a lack of access to healthcare. For example, every 100 000 babies born in Botswana in 2019, 166 died. That’s double the average maternal mortality rate of other upper-middle-income countries. Deaths like these all over the world “are the result of a lack of essential and emergency maternal healthcare supplies, blood products and laboratory specimens not being delivered in a timely manner to and from remote, hard-to-access communities.”

The problem of healthcare access is one that governments and NGOs the world over have been trying to solve for decades. In many places delivery by car is too slow, by helicopter too expensive. Now, in Botswana, a potential solution is being trialled.

The Drones for Health project is a collaboration between the country’s Ministry of Health and Wellness, the Botswana International University of Science and Technology (BIUST), the United Nations Population Fund, and Dutch drone company Avy.

Launched in May at the BIUST campus in Palapye, the pilot project aims to demonstrate how drones can expedite delivery of essential and emergency medical supplies to remote communities. Initially operating between the towns of Lecheng, Mokgware, Moremi and Mogapi in eastern Botswana, the project is to run for a number of years before the decision on countrywide deployment is made. Initial results show promise with delivery times reduced by up to 65 percent in some examples.

It’s a field in which Avy has considerable experience. Under the “drones for good”, the company offers a fully integrated drone service to the medical and emergency services industries. In partnership with the Dutch Medical Drone Service, Avy has been trialling pick-up and transport of medical supplies in the Netherlands. Its flagship craft, the fixed-wing Avy Aera, has a wingspan of 2.4m, can cover 60km at 74km/h, and can carry payloads of up to 1.5kg.

The release says, “For a drone designed to transport precious payloads quickly and safely, Avy chose to fit the Aera with the Lightware  SF20/C LiDAR sensor. LiDAR is an acronym for light detection and ranging, and works by pulsing lasers at landscapes and objects, then measuring the time it takes for the light to bounce back to gauge their distance from the scanner.”

It goes on, “In drone applications, this technology enables precision take-off and landing, altimetry and height-above-ground monitoring. Crucially, the SF20/C can provide these functions without impacting the drone’s battery, thus allowing for maximum flight time.” These functions will be essential for another project Avy is launching in conjunction with the Dutch Fire Brigade this September.

Equipped with a NightHawk payload including RGB and thermal-imaging cameras, onboard AI and LiDAR for safe and accurate flying, the release continues, “Aera drones will be used to detect and report wildfires before they get out of control. It’s a project with obvious applications on the continent, and another example of how innovative thinking paired with innovative technology can save lives – in Africa and around the world.”