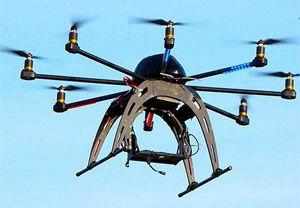 In the Indian State of Uttarakhand, a trial was carried out recently, where a fixed-wing drone flew a vaccine in an ice-box from Dehradun to Mussoorie, reports newindianexpress.com.

This test, organised by the Drone Application and Research Centre (DARC) under the Information Technology Development Agency (ITDA), was to trial the potential of flying Covid-19 vaccines to remote areas of the state.

Amit Sinha, inspector general, Uttarakhand police and director of ITDA, commented, “Successful trials were conducted to deliver vaccines in remote areas of the hills. This can be an effective method to deliver them in less time and cost.”

Officials added the tests were better than expected. The drone took around 60 minutes to reach its destination in the Mussoorie Hills and successfully returned after delivering the package. Earlier, drones had been deployed to carry blood samples of a patient from Dehradun to a village in Tehri Garhwal.

The ITDA, which owns 12 drones including Quadcopters and fixed-wing craft, is also planning to collaborate with private and individual drone users and developers to expand the project. The state government has set up a task force at all levels to implement and monitor the vaccination process once it starts. However, a final decision to deliver the Covid vaccine by drone has not been taken yet.

Amit Negi, state health secretary said, “We are aware of the trials and a decision will be taken after assessing the feasibility and all other factors.” Uttarakhand already employs drones to detect forest fires, poaching, policing, mapping properties to check tax evasion and disaster management.

The state government is presently establishing India’s first Drone Project Management Unit for research and development, to train officials and staff from various departments to operate, as well as use drones in wildlife conservation, mining operations, and other areas. The Unit is to be established at Sahastradhara Road in a 24,000 sq. metre area.

In December 2018, Uttarakhand became the first state in India to have a special force of drones to keep check on wildlife crimes. Called ‘Forest Drone Force’, it has 25 craft focused on preventing poaching and other anti-wildlife and anti-environment activities, as well as forest fires, illegal mining, patrolling high altitude areas of the state, illegal tree felling and many more.