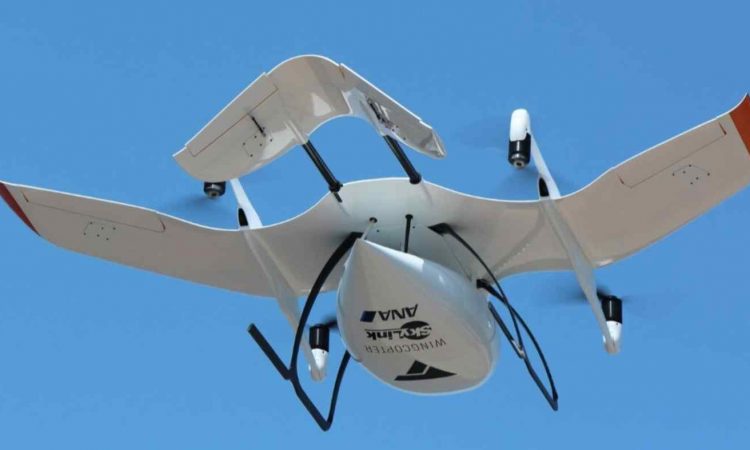 Japanese airline group ANA Holdings announced this week the company will launch a drone delivery service “in the fiscal year through March 2023”, using a drone developed by German start-up, Wingcopter, reports asia.nikkei.com. The aim is to deliver daily necessities and medicines to Japan’s remote islands and mountainous regions.

ANA is preparing the service as the Japanese government takes steps towards relaxing drone regulations in the same fiscal year. This will be the first time a domestic airline starts a drone transportation service.

Wingcopter’s craft can maintain a maximum speed of 240 kph over 120 km, more than 10 times farther than general-purpose drones. ANA has been trialling drone transportation to remote islands since 2018 and plans to deploy its airline expertise in flight route design and aircraft safety management. In March, the Japanese government approved a bill to amend the Aviation Law, which includes expanded airspace and fewer regulations for drones. In fiscal 2022, the government is expected to allow drones to fly BVLOS over densely populated areas. ANA is preparing for commercialisation based on this so-called “level 4” flying standard.

Even after drone flying is deregulated, only government-certified aircraft and qualified operators will be allowed to fly drones in populated areas. ANA sees this as an advantage for airlines.

In Japan, logistics companies have been quick to adopt drones due to their trouble in finding enough truck drivers. In April, Seino Holdings began operating a transport drone on a full-time basis in a Yamanashi Prefecture village.