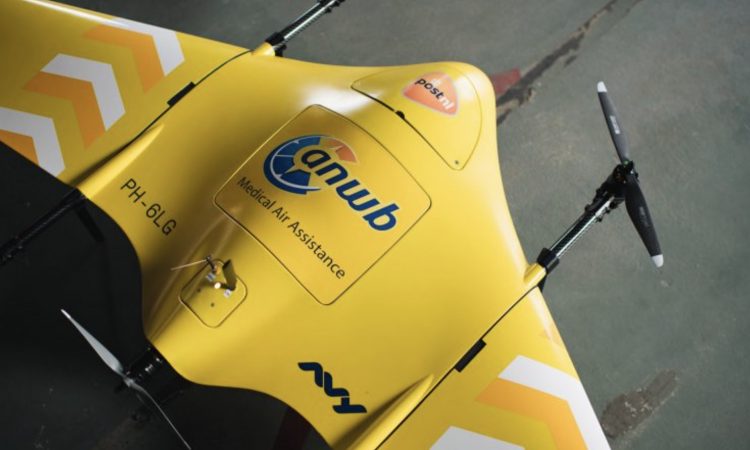 The first test flights with a medical drone were carried out recently between Zwolle and Meppel in the Netherlands over a distance of 16 kilometres, reports dronewatch.eu.

It is the first time in the country that a medical drone has flown over such a long distance beyond the operator’s visual line of sight (BVLOS) over sparsely populated areas.

The trajectory flights between Zwolle and Meppel are a follow-up to the first test flights with the medical drone that were carried out six months ago in November 2020. The flight operation is carried out by ANWB Medical Air Assistance, which has obtained an exemption from the Human Environment and Transport Inspectorate for these trials. According to those involved, the first long-haul flight went smoothly. Various times a drone was flown back and forth over a distance of 16 kilometres. The craft flew between the Isala hospital in Meppel and a meadow north of Zwolle.

The flights were performed BVLOS where a drone corridor was temporarily set up  where other airspace users must  avoid that area in order to avoid any dangerous situations.

The medical drone deployed was the Avy Aera, a hybrid multirotor/ fixed-wing craft that can take off and land vertically (VTOL). The drone is able to transport a payload of approximately 1.5kg over a distance of up to 100 km.

This Dutch Medical Drone Services project is an ANWB and PostNL initiative. The other partners comprise of: Erasmus MC, Isala Hospital, Sanquin, Certe, Avy and KPN. During the next three years, research is to be conducted into how to fly such delivery drones safely and reliably. Recent research has shown there is a lot of support for the use of them for social purposes such as transporting emergency medical goods. In the UK, drones are already being deployed for medical transports to more remote locations.