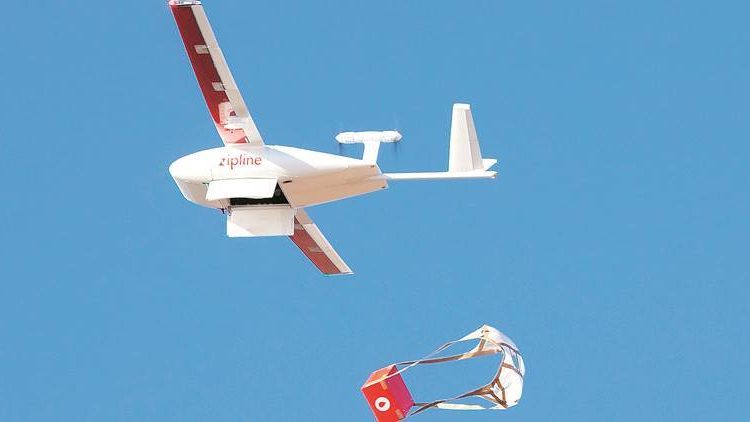 Zipline announced this week it has signed a service agreement with Intermountain Healthcare to deliver medicine and other supplies in patients’ yards by drone, reports bloomberg.com.

The U.S start-up plans to begin delivering medicine and other supplies to homes in Salt Lake City, Utah. The company expects to make its first deliveries in the spring of 2022 and to reach hundreds per day within four years of launching the service. Conor French, General Counsel of Zipline, commented, “We’re excited to help move the industry beyond the pilot phase and build something that can ladder towards a large-scale commercial operation. We aim to reach about 90 percent of homes in the Salt Lake City metro area.”

The company plans to target yards and driveways for drops. While it first needs approval from the Federal Aviation Administration before it can begin, the certification under the FAA’s program, known as Part 135, for unmanned package delivery, has already been requested. French continued, “We’re very confident that we will have Part 135 certification in time to do this.” Intermountain, a religious charity, runs 24 hospitals and 215 medical clinics in Utah, Idaho and Nevada and serves roughly half of Salt Lake City’s population of more than 1.25 million. From the beginning, the Zipline service is to focus on homebound and immune-compromised patients. “In later phases,” explains the Bloomberg article, “Intermountain plans to use drones to fill routine prescriptions and deliver over-the-counter medications, with patients using an online sign-up to arrange for delivery within a 15-to-30-minute window.”

John Wright, Intermountain’s Vice President of supply chain and support services, remarked, “We see this as a long-term relationship.”

Zipline says it has flown over 15 million miles and made more than 215,000 deliveries, since it was founded seven years ago, including hundreds of thousands of Covid vaccine doses in Africa. Its drones, launched from catapults, can fly up to 100 miles round-trip and serve up to 8,000 sq. miles from a single hub. Earlier this year, the San Francisco-based company raised USD250 million at a valuation of USD2.75 billion. In 2020, Zipline successfully completed a trial program delivering PPEs to a pair of health facilities in North Carolina under a limited permission from the FAA.