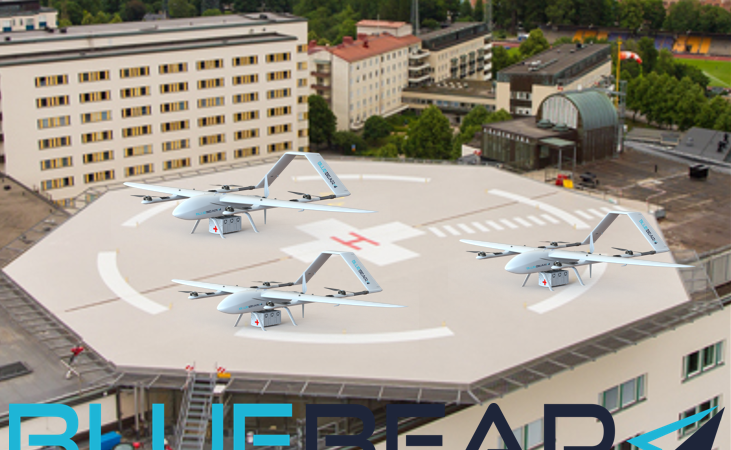 AIR DRUIDS has developed out of Blue Bear’s existing and proven swarming drone control system technology. Initially, this will be used for delivering medical products like blood samples, swabs, blood and plasma between hospitals, GP surgeries, remote field stations, or emergency delivery to an accident location. It goes on, “The seamless integration of the medical payload into the existing modular open architecture provides real time payload monitoring ensuring viability and integrity of the payload contents. The open architecture will enable other companies to produce task tailored payloads that can be easily integrated into Blue Bears overall system.”

The company points out that the system also allows drones from any producer to be utilised, as AIR DRUIDS is “platform-agnostic, where the same technology can be employed to power drone-based logistics networks.” This initial project project will culminate in Beyond Visual Line Of Sight (BVLOS) delivery demonstrations.

Ian Williams-Wynn, Blue Bear MD, comments, “We have been working on our system for several years and it is now flight proven with up to 20 different drones.” He continues, “This exciting next step will see us adapting the core system and producing medical specific payloads and software applications to demonstrate the capability for critical medical logistics delivery.”

The company press release concludes, “Blue Bear is a recognised leader in swarming technology and has accumulated many national or world innovation ‘firsts’ during its 20 years of operation.”