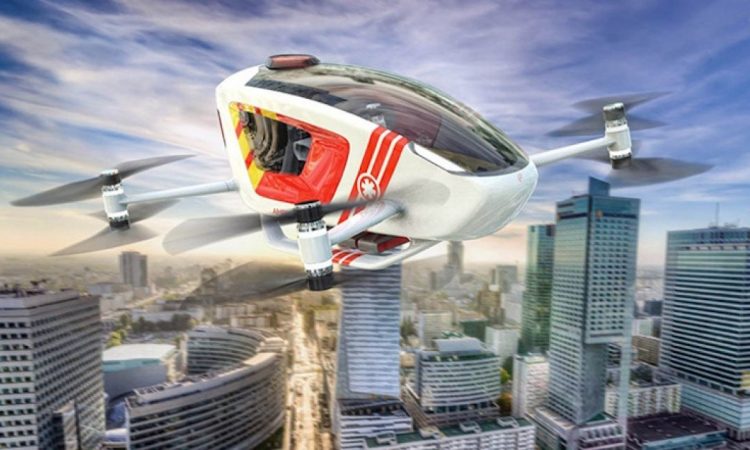 EU-funded AiRMOUR is “a research and innovation project to support sustainable air mobility in an urban context through emergency and medical services”, reports a press release this week. The project is to trial both manned and unmanned drones in “live environment conditions” during 2023.

It goes on to say, “With the opening of the airspace for new transport systems, new forms of urban air mobility (UAM) such as passenger drones are becoming increasingly important. Yet, there are challenges to be overcome in connection with technological regulations, for example.”

Adding, “Much more research is needed to address these challenges and the project drastically improves the understanding of the necessary measures for the near future – not only by urban communities, but also by operators, regulators, universities and companies.” The project aims to focus on one of the most critical applications of UAM, emergency medical services. As part of the project, personal aircraft for doctors and medical care will be validated in real demonstrations in Stavanger (Norway), Helsinki (Finland), the North Hesse region (Germany) and simulations in Luxembourg.

With the help of such tools, each European local cluster of aerospace and urban actors can set up their own UAM implementation. In addition, European policy-making, underground spatial planning and investment will be strengthened as a result of AiRMOUR’s activities and research knowledge.

Petri Mononen, Project coordinator from the VTT Technical Research Centre in Finland, pointed out, “The implementation of the rescue service, for example, has great potential. Drones are a superior option if, for example, remote islands or congested urban areas are to be critically supplied.”

AiRMOUR has 13 consortium partners, including research institutes, aviation authorities, UAM operators and rescue service organizations. In addition, the project will include 10 replicator cities and an external advisory board with strong international support from organizations such as NASA, the Dubai Future Foundation and EASA, as well as other supporting bodies.