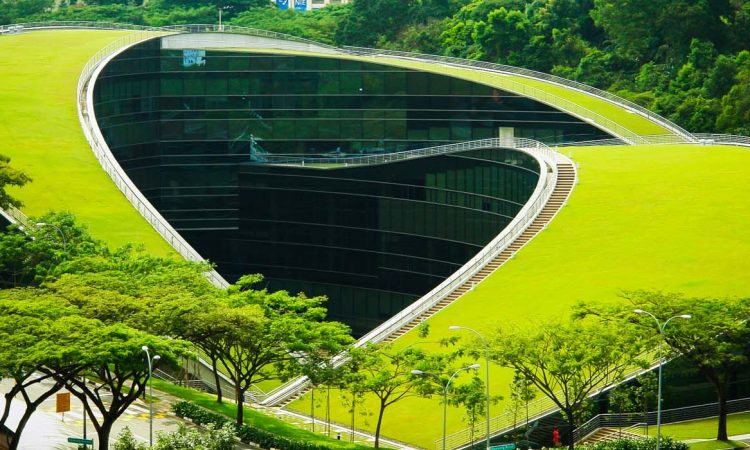 A recent Nanyang Technological University (NTU) study, discovered that the Singapore public are more accepting of drones flying over recreation or industrial zones than over their own properties and living areas, reports a NTU press release.

In Singapore, the use of drones is growing. The country’s government is employing them for various projects in the Smart Nation Initiative, where technology is used for direct and positive impact on people’s lives.

Yet, the NTU research team led by Associate Professor Lim Beng Chong from the Nanyang Business School and Professor Low Kin Huat from the School of Mechanical & Aerospace Engineering, found that while the Singapore public is ready for extensive drone usage in the country, acceptance levels differed significantly depending on where they are flown. The overall finding being: The public is least welcoming towards drones when flown above residential estates, but tend to be more embracing when they are used in industrial zones. The study, conducted from April to June 2019, involved 1,050 Singaporeans aged between 21 and 80 years-old.

Lim Beng Chong, commented, “While we expect drones to become commonplace in our future daily lives, it is important for policymakers, businesses, and regulators to understand how the public feels about the technology. For acceptance levels will have a direct impact on the scope and pace of adoption.”

First published online in the scientific journal Technology in Society last month, the study is the first covering Asia on the perceptions of drone use in highly urbanised environments. Previous studies have focused primarily on drone use in western countries.

The NTU research looked at public acceptance of drone use in four different types of urban space: Residential, recreational, industrial, and commercial areas. It also included the function of the drone (i.e., what it is used for) and its operators.

The team found the Singapore public is more accepting of drone use by government, commercial and industrial users than by private individuals.

The press release says that drones for the purpose of search and rescue was most popular (92%), but the public approved less of commercial and industrial players using drones to transport people (62%). Overall, the study found support for private use is lower than for most other purposes. Another photo of the futuristic-looking NTU

First, the study identified two critical factors influencing public acceptance of drone use. Among the top four concerns from participants were:-

: Misuse of drones by unauthorised personnel

: Inability to identify whether drones are ﬁlming or not

: Drones being a threat to one’s physical safety if parts fall off

: When used for consumers

: Less so for improving neighbourhood security

The NTU team suggest, “Communication and educational strategies should be adapted and customised to the contexts of drone applications, to effectively improve public acceptance.” For example, when educating the public about drone use in residential areas, “the information might be focused on the safety of drone use, instead of its purported benefits.”

Prof Low, co-author, and drone expert from the School of Mechanical & Aerospace Engineering, points out, “By understanding the relationship between the factors influencing public acceptance and the context of drone use, developers and the authorities can focus their attention on specific things that are problematic to the public.”

He continues, “If it is a fear of falling parts when drones are flown in residential areas, for example, developers can work on ways to demonstrate that such parts will not become detached. Or the authorities can map out and regulate safe flying routes such as over housing estate rooftops, thus contributing to a better public reception for drones.”

A major part of assisting the public to embrace and welcome new technologies is education whether it is for the present fears about 5G or with the past concerns over the use of microwaves. Let us not forget that when trains were first introduced, some thought that speeds over 30 mph might kill passengers.