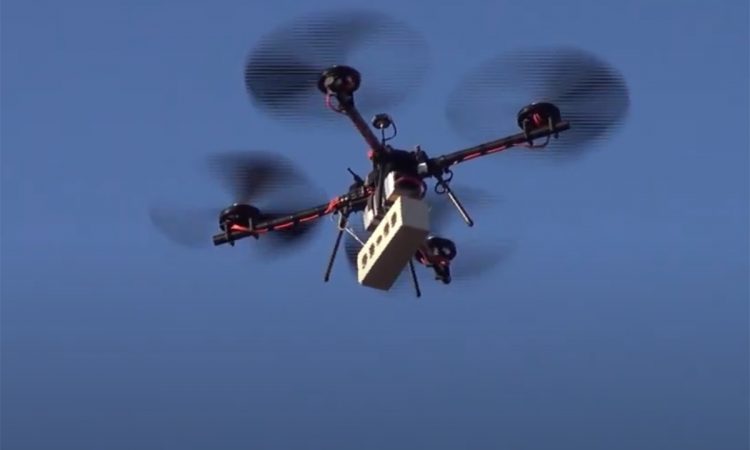 Ask any member of the public. Apart from concerns over drone privacy and crashing into people, what is the biggest criticism? The craft’s irritating whiny, bee buzzing noise when it flies. Sound specialists have been attempting to resolve this major problem for years, yet after clicking on the video link below, has Canadian company, Delson Aeronautics, achieved that breakthrough eureka moment?

The noise emanating from the featured drone sounds more like an electric vehicle and the public are quite happy with that. In fact, some say EVs are too quiet and therefore dangerous, as you are not aware of one driving up behind you. But then you can’t please all of the people all of the time.

Drum Roll: Delson Aeronautics is researching the holy grail via the use of ultra-quiet drone propellers. At present, the sound of a typical multi-rotor drone varies from “ a howling”, “a swarm of angry bees” to “a buzz” or “hum”. None of these are ‘nice’ sounds to the human ear and until a drone blends in acoustically to the natural environment, will such craft be ever accepted by the public, if hundreds of them are flying overhead on a daily basis delivering everything from general products to pizzas?

A Previous UAMN Article on an Alternative Drone Propulsion System:

While some small consumer drones are already equipped with so-called “low-noise props”, when it comes to larger cargo craft, the necessary steps still need to be taken to reduce noise to acceptable levels.

Michael Deloyer, founder of Delson Aeronautics, says his company’s ultimate goal is “to make drones as quiet as birds.” On the website, he writes, “We find it inconceivable that our current propellants are the best we will ever create. If we really want to realise the future we envision when it comes to air transport, a fundamental change is needed.”

He goes on to say, “Aircraft need to be so quiet that they appear to have been designed by nature, not humans. We believe that the closer our technology is to the characteristics of nature, the better our future will be. ” Will Drones become as Silent as Birds in Flight?

To achieve this goal of silent drone propulsion, Delson Aeronautics built a “functional prototype” of a quadcopter capable of launching a payload of 3 kg into the air. And due to the specially developed propellers for which the company has applied for several patents, the drone is considerably quieter, as you can hear in the video.

Marketing the product is the next step and Delson is looking for investors and an electric motor manufacturer to work alongside.  The company’s aim is to primarily target firms active in the field of drone delivery. The defense industry ranks second and the cinematographic sector third.

Whoever makes the ultimate breakthrough and holds a rigorous ‘silent drone’ patent, will make a great deal of money. Whether it is Delson or another company remains to be seen, but what the Canadian company has already achieved is a major step forward in the “silent drone revolution.”