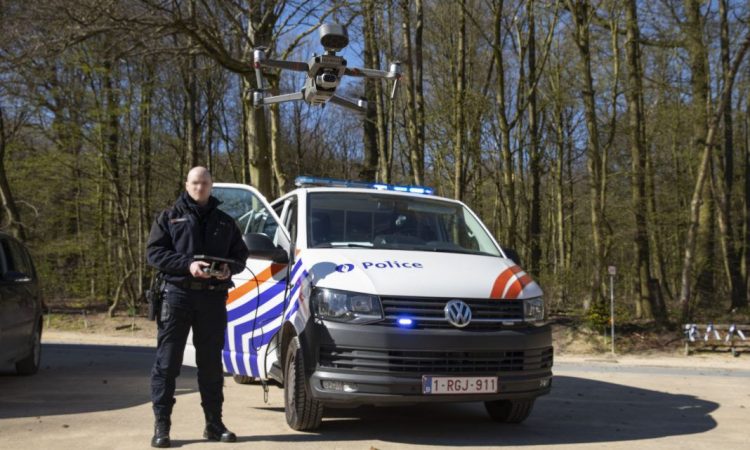 Drones are to be flown over several North Belgium Flemish municipalities during the end-of-year celebrations, as police aim to ensure Covid-19 regulations are followed, reports brusselstimes.com. The police zone of Carma, East Flanders, will deploy the drones to enforce the coronavirus restrictions, in particular, on setting off fireworks.

A megaphone-equipped drone is to be among the fleet deployed by police and will be used to transmit warnings to those found or suspected of breaking the rules. The Flanders police force is the latest to use drones during the pandemic. All over the world forces are increasingly deploying the craft to control the populace.

The Belgium drones will also be equipped with thermal heat cameras that allows police to monitor residents to make sure social distancing is being respected and, especially, gatherings which are banned. Residents who are caught in violation of the rules will risk a fine of EU250. During the spring, the Carma police zone had already used their drones for surveillance, where the craft had also been deployed last year to detect illegal firework displays.

According to the measures announced by the Belgium government, residents who have a garden, yard, or terrace can invite up to four guests on Christmas Eve provided they remain outside at all times. Coming in to the property is banned. The home, therefore, must have a separate and direct access to the garden.

Residents living alone will be allowed to receive up to two guests both on 24th and 25th December. Yet, on New Year’s Eve even these draconian measures will be banned completely  to a full lock-down status.