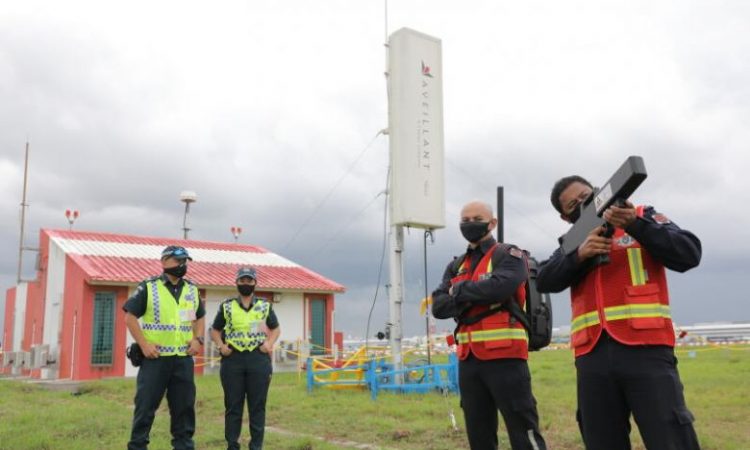 There have been 20 illegal drone flight intrusions within 5km of Singapore’s Changi Airport during the last three months alone, reports straitstimes.com, where the different operators had been arrested. The Civil Aviation Authority of Singapore (CAAS) told a media conference this week, there had been 44 such cases reported overall in 2020, compared to eight in the first seven months of 2019.

Disclosing the figures, the CAAS said measures to counter unmanned aircraft systems are being increased, after unauthorised drones twice disrupted airport operations in June of last year. These include putting in-place specialised radars to improve detection. In July 2019, CAAS and Changi Airport Group set up an operations command and control centre to coordinate and integrate all counter measures against drones illegally flown nearby. This occurred because during the previous month, and over two days, such drones had caused significant disruptions to 37 flights to one of the runways.

Then a week later a combination of illegal drones and bad weather, delayed another 15 departure and three arrival flights, while causing a further seven flights to be diverted. Teo Chee Hean, the Coordinating Minister for National Security, said, “We have developed a reasonable capability, but this is a challenging area and continues to evolve rapidly because drone technology is moving very fast.” Adding, “Existing measures will continue to be improved.”

CAAS explained the 20 “errant operators” were arrested for flying drones without permits within 5km of Changi Airport, including the regions of Pulau Ubin, Changi Coastal Road, Pasir Ris Park, Bedok Reservoir and Tanah Merah. Ground patrol forces have been stepped up to look out for such operators island-wide, focusing on various identified hotspots.

A CAAS spokesperson commented, “We take a serious view of errant unmanned aircraft operations and will not hesitate to take enforcement action against those who contravene the law.” Adding, “The majority of unmanned aircraft offences involve operating them without the required permits.” CAAS explained it adopts a “multi-layered approach” to ensure safe and responsible use of drones, ranging from education, regulation and registration to enforcement.