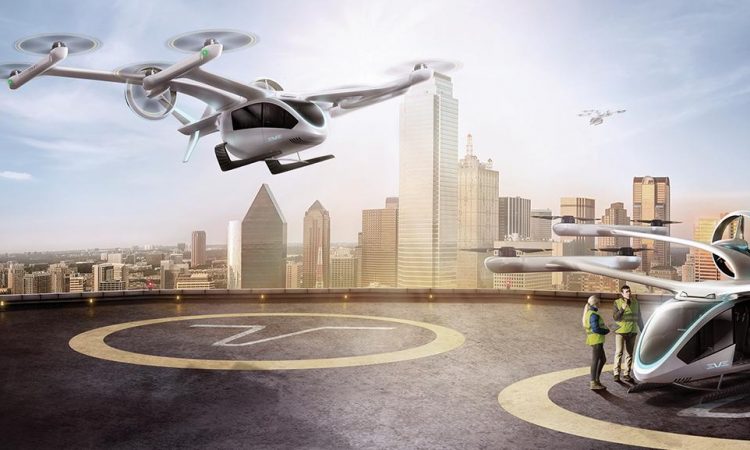 A new report released this week from Crown Consulting suggests that if The State of Ohio supports the growth of Advanced Autonomous Aircraft (AAM) over the next 25 years, then a USD13  billion windfall is on its way, reports a company press release.

The report entitled Infrastructure to Support Advanced Autonomous Aircraft Technologies in Ohio: An Economic Impact Analysis, was launched by Crown Senior Director of Aerospace Systems, Dr. Rubén Del Rosario, at a public briefing hosted by the commissioning body, The Ohio Department of Transportation. “The State faces both opportunities and challenges with its transportation systems,” Del Rosario told the meeting. He went on to explain that as the seventh most populous state in the country and centrally located, Ohio has one of the largest highway networks in the country.

While, this vast network serves the state well for moving people and cargo, population growth is driving increased operation and maintenance costs, which now total more than USD12 billion a year. “The challenge is not going away,” he emphasised. “While Ohio’s population has grown by 3 percent since 2000, vehicle travel on Ohio’s roads has increased 8 percent.

Del Rosario went on, “Ohio needs transportation solutions to carry the state into the future that are sustainable, affordable and efficient.” Adding, “Advanced air mobility or AAM, can play a key role in that solution.”

He explained that AAM can transport people and cargo between places not conveniently served by surface transportation or aviation and enables smart mobility solutions that connect urban and rural areas and regions for commuting that can be faster, more reliable and affordable, and less stressful than current modes of transport. Rosario concluded, “Ohio can expect significant benefits by expanding the use of small unmanned aircraft systems.”