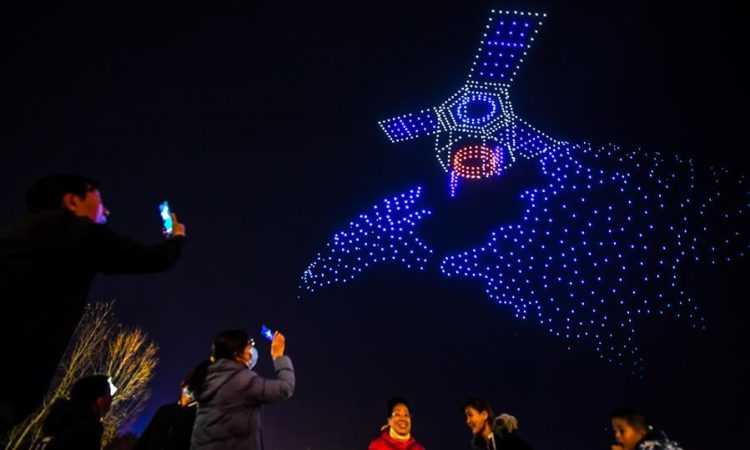 At a park in Changchun, northeast China’s Jilin Province, between the evenings of October 14thand 16th, a spectacular light show by 1,000 drones is being offered for the public, reports xinhuanet.com. As part of the 2020 Changchun International UAV Industrial Expo, it is one of the more complex and bigger drone light displays ever seen. The largest to date was in Shanghai, to celebrate the 2020 New Year, where a staggering 2,000 drones put on a light show extravaganza.

Look at some of the Changchun pics below.