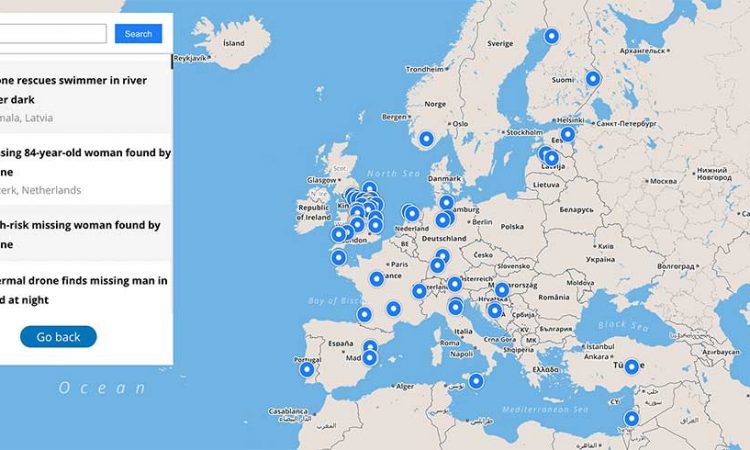 The Chinese company announced this week that its burgeoning map has now surpassed 500 rescues by drone from all around the world or presently, over 6 per week, many from certain death.

The latest incident took place in late November, when police deployed a drone with a thermal imaging camera to successfully locate a missing 93-year-old woman in a remote U.S. Missouri field.

According to the map, this takes the total to over 500 rescues since the project began three years ago. Even then, a DJI paper called “Lives Saved: A Survey of Drones in Action” found that between 2016 and 2017, drones were saving lives at the rate of nearly 1 per week. This figure has now dramatically increased. The public can view where these rescues took place and the information surrounding them at: The Thermal Image Yellow Dot Represents People On The Ground

The project was started in response to growing negative press about drone technology.  Not surprisingly, research has shown that a bad drone event is covered by the media 10x more than a positive one. This is a major PR headache for a new industry struggling against negative public perception and fears over privacy issues and misuse of drone technology.

The recent Missouri rescue is another example of how drones are rapidly becoming a critical tool for police and general first responders. Thermal images released by the Cass County Sheriff’s Office shows how the drone operator spotted the elderly lady as a bright yellow dot in the darkness and guided deputies on the ground to her.

Operator, Major Kevin Tieman said, “To see that small yellow dot, knowing it is the person you’re looking for, feels great.” The lady was exhausted and had lost a shoe but was unharmed when she saw the drone overhead: “I kept saying, Come on, I’m here! Come on, I’m here!”

Tieman continued, “It is our responsibility to use all available technology and training to keep the public safe. The DJI Matrice and its thermal technology achieves this.”

Romeo Durscher, DJI Senior Director of Public Safety Integration, commented, “Today, public safety agencies across the world have adopted drones as a standard piece of equipment, and they save people from peril all the time. It is a great success story for safety agencies, and for the people who are alive today because of drones.”