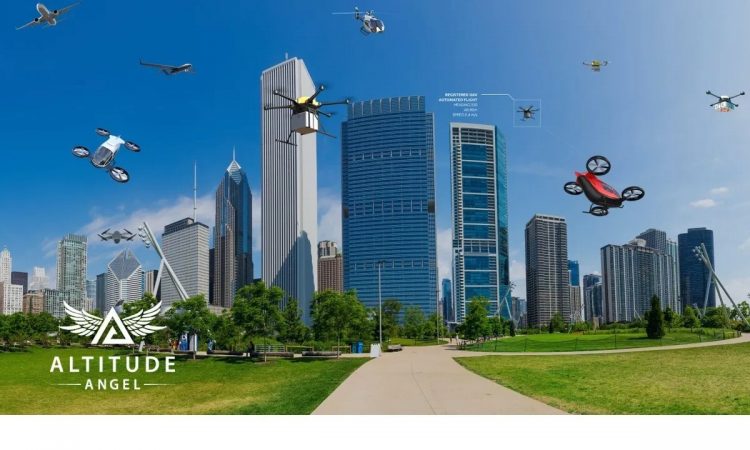 News broke late last week that a UK consortium led by Reading-based UTM (Unified Traffic Management) software provider Altitude Angel, are planning to build the world’s largest and longest network of ‘drone superhighways’ which would link towns and cities across the UK, initially connecting the Midlands with the Southeast along with urban conurbations across the south coast, reports a press release.

The consortium has submitted plans for “a 165-mile drone superhighway” connecting airspace above cities including Reading, Oxford, Milton Keynes, Cambridge, Coventry, and Rugby.

This sounds an extraordinarily ambitious plan.

“If” the plans are approved there is even an option to extend the superhighway to Southampton on the south coast and Ipswich on the east coast. Named Project Skyway, this far-reaching project will enable businesses to develop and grow through the commercialisation of new and innovative drone-based products, processes, and services. A decision on whether to green-light the project is expected in the coming weeks. Richard Parker, Altitude Angel, CEO and founder, commented, “This is the most ambitious transport project proposed for the country since the advent of the railway network in the 18th century. Britain is at the forefront of a second transport revolution.” He continued, “Britain can lead the world in these innovative and life-saving drone technologies. We have the skills and ambition to open our skies to safe and secure drone and air-taxi flights.”

Yet, given this “superhighway” impinges directly over, through and across two of the world’s busiest airports, how realistic is this? Is it just another fantasy propelled by science fiction machinations?

Parker enthuses, “With the government’s support, using this technology as its foundation, we can create networks spanning the length and breadth of Britain, a super-highway-network-in-the-sky, providing a critical digital infrastructure which will, in-turn, enable the world’s first truly national drone economy.”

Agreed, the technology required is emerging for such a grand futuristic dream. Using detect and avoid (DAA) technology developed on the five-mile Arrow Drone Zone built by Altitude Angel south of Reading, the Skyway superhighway network, certainly, could help unlock the huge potential offered by unmanned aerial vehicles and be a catalyst to enable growth in the urban air mobility (UAM) industry. But what of present highly restrictive drone regulations? These would need to be thrown out-of-the-window and a brazen, some might say, unsafe replacement put in-place. The release says, “The superhighway will be able to support fully automated drone flights beyond visual line-of-sight (BVLOS) from any drone company which completes a series of basic technical integrations which, crucially, don’t require specialist hardware on-board the drone.”

It goes on, “Congestion in the first 1000ft is predicted to increase, becoming the densest area of airspace as it evolves through the use of unmanned, General Aviation (GA) and other civil aviation.  Project Skyway technology will permit ease of access, while monitoring deconfliction, without the need to close airspace as is the case today.”

The aim is for Skyway partners to collaborate and deploy the DAA solution, where possible on existing infrastructure, in combination with Unified Traffic Management (UTM) software-as-a-service, “to enable greater awareness of manned and unmanned traffic to all stakeholders.”

In theory, the UTM enables flight requests, approvals, deconfliction and provides a single-source-point-of-truth for all traffic on the Project Skyway corridors “through combined manned and unmanned situational awareness.”

Once the initial UK highway is established, Altitude Angel will make available the technology to allow any organisation, airport, town, or city in the UK or beyond, which wants to establish and operate a ‘superhighway’ to do so quickly, easily and cost-effectively through a simple licencing agreement.

There is realistic ambition and then there is fantasy. As ever massive pressure is being placed on new technologies that may or may not prove successful. Let us wait and see.