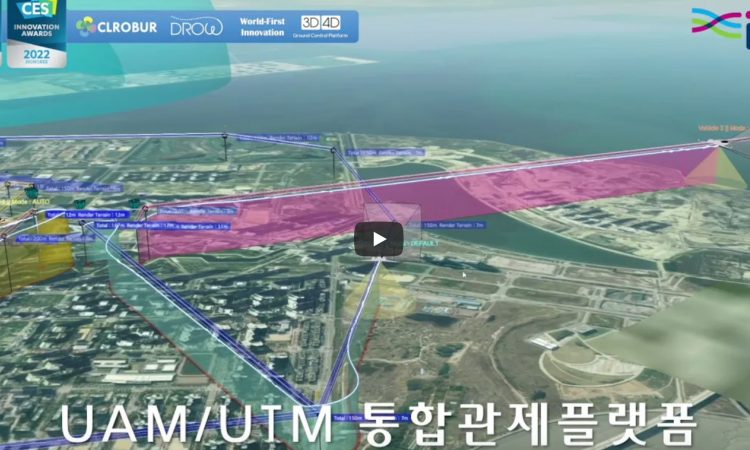 A technological advancement in Urban Air Traffic Management (UATM) has been unveiled recently in South Korea, reports a press release.

DROW an AI-integrated automatic flight ground control platform (GCP) that employs UATM technology developed by CLROBUR, has opened “a new chapter in the field of logistics” in South Korea by delivering a product using an autonomous drone.

The company, a member of Born2Global Centre, has been participating in the Centre-led effort to create “an innovation ecosystem for free economic zones.” During a presentation on “the establishment of drone cities,” held in Yeongwol, CLROBUR showcased DROW to the audience. The release explains, “By delivering a box of seasoned fried chicken from a drone hub in Saekyung University to a hub located in front of a drone test site in Yeongwol, the company successfully demonstrated a beyond visual line of sight (BVLOS) flight by an autonomous drone.”

DROW, which is equipped with diverse telecommunications protocols, is applicable to many different kinds of drones. Moreover, a commercial service connecting a delivery drone hub with several camping sites across Yeongwol is set to be launched by Yeongwol-gun in 2022.

The company was also able to complete its urban traffic management (UTM) technology, which is necessary to enable autonomous flights with the technological convergence of drone manufacturers, 3D map providers and telecom companies.

According to the “Korean Urban Air Mobility (K-UAM) Concept of Operations 1.0,” first unveiled in September, air taxis equipped with drone and telecommunications (5G/4G) technologies will become available in Seoul from 2025. The first phase, set for the period of 2025 to 2029, is to involve human pilots, while the second phase, slated for 2030 to 2034, will incorporate remote operation covering metropolitan cities with a seat in the air taxi reserved for a safety staff member.

The final phase, planned for after 2035, is to feature fully autonomous air taxis with nationwide coverage. Prior to the K-UAM commercial operation, 10 regions were designated by the South Korean Ministry of Land, Infrastructure and Transport (MOLIT) as “drone cities”. These are:- Yeongwol, Seongnam, Gyeongnam Province, Gwangju, Daegu, Daejeon, Sejong, Ulsan, Jinan, and Seosan, where a wide range of trials are being carried out.