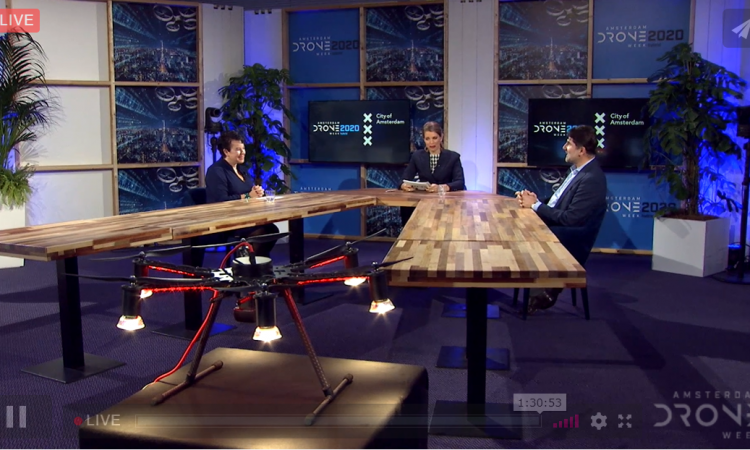 Discussions with member states on the European Union draft U-space regulation are going well and should be finalised by the start of next year – which means the entry into force is expected to be in 2022, said Patrick Ky,  Executive Director of European Union Aviation Safety Agency (EASA), at the opening forum of the 2020 Amsterdam Drone Week (virtual).

During 2021 EASA will continue to develop technical materials to support SORA risk assessments, including recognition of new industry standards. The agency has adjusted its schedule to focus its activities on high priority market and use case programmes, such as high-risk activities and vehicles flying over people. “We are going to deliver a regulatory package fit for package-delivery drones for emergency services and manned eVTOL/air taxi operations…. by 2023,” said Patrick Ky. “We will also develop a process for the certification of drones in the specific category operating in high risk areas and we are just defining the process to do that.

“We have decided to launch an important study into the societal acceptance of urban air mobility – which means how does the public see UAM in terms of safety and environmental impact. The study will survey six cities across Europe and we intend to show the results at the European Parliament in the summer of next year. This is a very important step because it will help define the performance targets for the certification of air vehicles.”

But Patrick Key also identified some of the key technologies which are missing from the agenda, where the robustness of technical solutions is still not clear. In the context of U-space, for example, it is not clear whether detect and avoid systems are robust enough to enable safe operations in urban environments. In the context of urban air mobility EASA will need to further understand the resilience of propulsion and energy management systems, automation, command and control technologies.  But Patrick Ky said he expected to see the first commercial drone operations in 2023. “It is the same for air taxis, but these will be manned at the start.”

According to Adina Iona Valean, European Commissioner for Transport, around EUR760 million of investment in drone start-ups has been recorded in the first six months of 2020, 20 times more than for the whole of 2016. Drones appear to be more resilient to crises than commercial aviation, she said. While the EU regulations setting out common technical and operational requirements will come into force on 31 December 2020 the Commission is also working on new regulations to be used by large remotely piloted aircraft systems (RPAS) and is preparing a new drone strategy for 2022 to set out a long term policy framework.

The need to establish a harmonised regulatory framework is a high priority for CANSO Director General Simon Hocquard, who announced a new initiative. “We are missing a shared vision. To create a unified joined-up picture of the future for the entire aviation industry we are putting into action a leadership council and innovation board to create a blueprint for future skies.” The collaboration is expected to be service-oriented and innovative, involving all aviation actors. “We will have new stakeholders at the table, and we will work closely with the regulators.” Hocquard said drone rules and regulations are not currently aligned, and global regulations could leverage some of the lessons learned in Europe.

UAM system architecture will be key as the industry moves away from the traditional centralised ATM structure. The ATM approach brings potential burden for commercial services according to Jorge Chornique, Airbus UTM. For example, CNS is designed to serve the needs of commercial aviation, “so we need to liberate the use of technology and evaluate how it will contribute”. For example, 5G and satcom will be key enablers for surveillance and navigation under UAM. 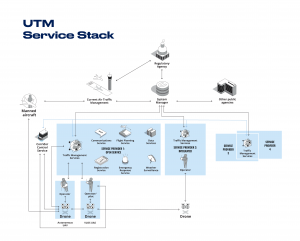 The Common Information Service (CIS) will be key to the future environment according to Daniel Gutierrez, Galicia Institute of Technology. “ATM and U-space have different levels of technology. CIS will provide a central point of access to ATM. It helps to ensure safety and enables every USSP to connect and access data. CIS also works as a firewall.” Both Airbus and Boeing are testing many of these procedures as part of wider UAM research programmes. Pable Menendez-Ponte Alonso, everis ADS, added: “The goal is a city environment where numerous flights (unmanned and manned) integrate and operate. Improvisation might be allowed. Micro drones not noticeable to human eye will maintain separation and the traffic needs to be organised and separated.” 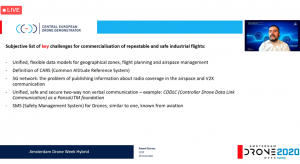 Apart from the EU Commissioner and the head of EASA, the opening session of the event featured  Cora van Nieuwenhuizen, Minister of Infrastructure and Water Management,The Netherlands, Paul Riemens of the RAI, Amsterdam, and Sharon Dijksma of the City of Amsterdam.