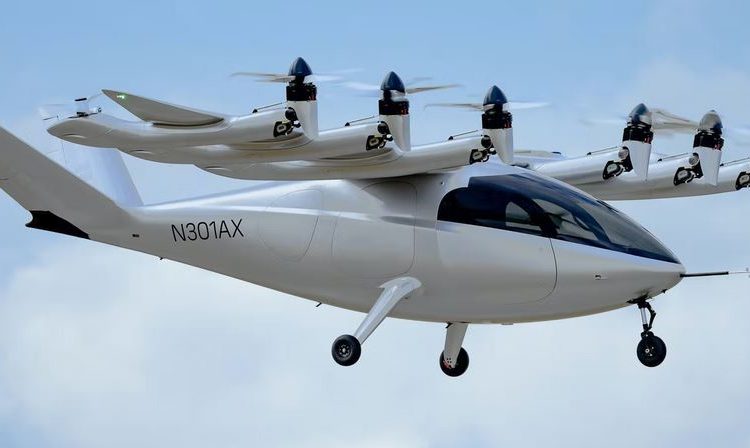 Archer has released a press release as an update on the advances in the Maker eVTOL Flight Test campaign.  The company reports “we recently began flying with our Tilt Propeller System activated. During our flight last week, we saw the first use of the Tilt Propeller System (TPS) for active control in hover, and the system performed as expected. Following the successful first hover flight of Maker in December 2021, the engineering team has been focused on installing and testing the TPS in Maker to prepare for more advanced transition envelope expansion flights. The TPS is a system of actuators, sensors and software that can move the angle of the forward six propellers relative to the wing in order to control the aircraft from hover through the transition to wing-borne flight in cruise.

“We have now returned Maker to the air with an updated configuration that supports transition flight. The assumptions we made around the TPS have been validated in our early test flights and, now that we’re expanding our testing program, I thought I would explain a bit of why we conduct flight testing, how we minimize risk during flight test, and some of what we expect to learn from it.” Read further at https://archer.com/news/archer-flight-test-program