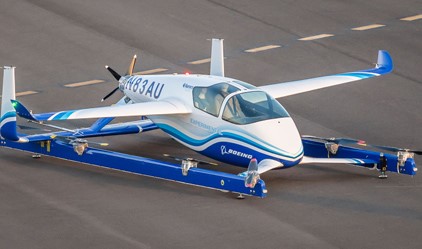 Numerous sources report that Boeing is closing its Boeing NeXt innovation division, which has been developing through its Aurora Flight Sciences subsidiary Passenger Air Vehicle and Cargo Air Vehicle concepts and is an investor with KittyHawk in the Wisk joint venture developing a two-seat eVTOL Cora electric air vehicle. The NeXt business unit also includes the SkyGrid UTM joint venture Boeing launched with SparkCognition in November 2018.

According to press reports NeXt vice president and general manager Steve Nordlund has sent a letter to staff on 15 September saying the decision had been taken in response to heavy financial losses following the 737 Max grounding and the Covid-19 crisis.