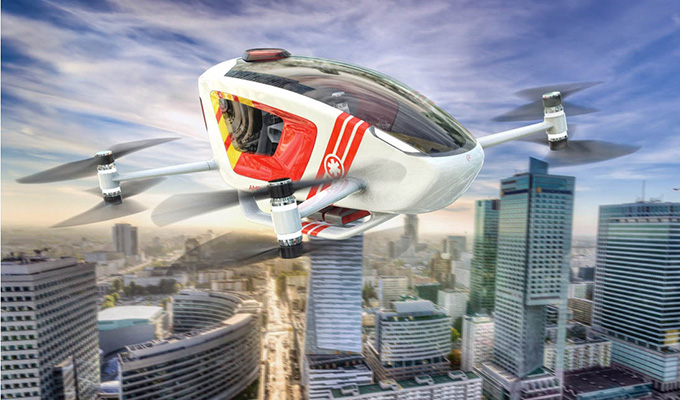 EHang Holdings Limited has announced that it has been selected to join Ambular, an international project developing a flying ambulance for medical emergency use.  Supported by the International Civil Aviation Organization (ICAO), the project also seeks to inspire the global aviation community to unleash the potential of eVTOL (electric vertical takeoff and landing) aircraft.

“The Ambular project was the outcome of the ICAO’s exploration of the future of aviation in late 2017. The ICAO recognized the possible use of AAVs for extremely rapid medical transport. As the first company in the world to launch and commercialize passenger-grade autonomous air vehicles (AAVs), which achieved a new milestone in the deployment and proliferation of Urban Air Mobility (UAM), EHang will contribute the necessary hardware (such as rotors and motors) to the Ambular project, thus driving  research and development of the power component of the aircraft.

In February 2020, EHang’s two-seat passenger-grade AAV, the EHang 216, served as an air ambulance to transport medical supplies and personnel to a hospital during the COVID-19 outbreak in China, which currently relies mainly on ambulances or helicopters, according to the company.  In line with the Company’s focus on social responsibility, EHang continues to explore the use of AAVs to solve challenges in emergency response, such as flood rescue, forest firefighting and high-rise firefighting.