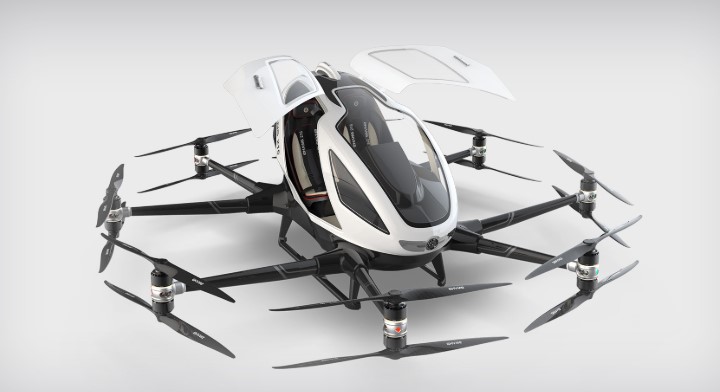 Chinese autonomous air mobility company EHang has filed with the SEC the paperwork required to go public in the U.S. on the Nasdaq exchange, with a $100 million initial public offering, according to news site, TechCrunch.

“The company, which has been flying demonstration flights with passengers on board for a while now, is gearing up to launch its first commercial service in Guangzhou after getting approval from local and national regulators to deploy its drones in the area,” the site reports.

TechCrunch claims EHang will be using its two-seater vertical take-off and landing craft (VTOL), which has room for two passengers on board on launch.

Forbes claims that EHang plans to build “thousands” of autonomous transportation networks that it hopes will serve to alleviate and avoid congested ground traffic. Guangzhou, with an estimated population of more than 13 million, suffers from considerable traffic.

“EHang is also building out logistics and cargo transportation capabilities as well as passenger services. The company believes it can offer short, designated cross-city transportation that can cut down on time by as much as 40 to 60%, and once it achieves scale, it also says that costs have the potential to be reduced by as much as 50%,” the report says.