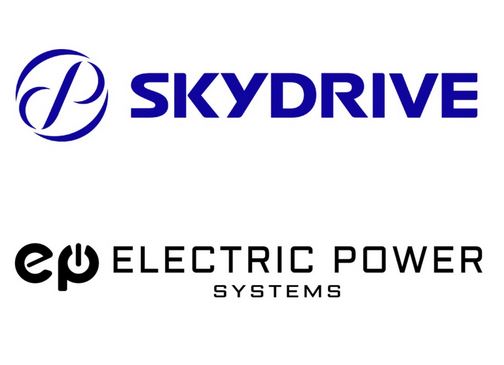 SkyDrive, developer of “flying cars” and “cargo drones” and headquartered in Toyota City has announced that it has selected Electric Power Systems, headquartered in North Logan, UT, USA, a leading provider of high-power, scalable powertrains that are certifiable for electrified aviation, to design, develop, and manufacture SD-05’s battery system.

The company reports that “with the mission of “leading the once-in-a-century mobility revolution,” we are developing “flying cars” to realize a future that utilizes the sky for daily transportation. In 2025, we aim to enter into service in the Osaka Bay Area using the “flying car” of the SkyDrive Type SD-05, a two-seater vehicle for which we are currently applying for type certification.”

The press release continues, a “high-power battery system plays a critical role in the development of the two-seater “SD-05”. EP Systems has numerous battery systems currently powering customer flight demonstrator vehicles such as NASA X-57, Aurora Flight Sciences Pegasus, and many other aircraft manufacturers. EP Systems is currently partnered with the FAA to certify batteries for general aviation aircraft and will complete its first Technical Standard Order (TSO)  in 2023.

“Boeing and Safran invested in EP Systems in 2019 and in 2021 to complete development and certify their EPiC battery system for high volume manufacturing. EP Systems current and publicly announced customers include the U.S. National Aeronautics and Space Administration (NASA), the U.S. Federal Aviation Administration (FAA), as well as Boeing, Safran, Bell Textron, Embraer, and Diamond.”