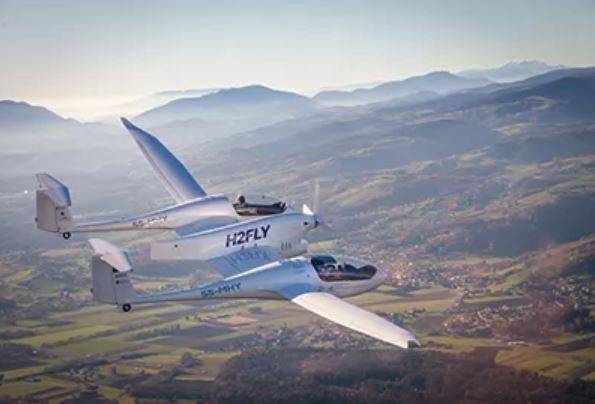 H2FLY, the Stuttgart-based developer of hydrogen fuel cell technologies for aircraft, announced that its demonstrator aircraft, the HY4 has set what the company believes to be a new world record for hydrogen-powered passenger aircraft, flying at an altitude of 7,230 feet during a flight last week.

The news comes as the company also flew a 77-mile journey between Stuttgart and Friedrichshafen on April 12th,  the first time a hydrogen-electric passenger aircraft has been piloted between two major airports, according to H2FLY.

The company reports: “The four-seat HY4 has demonstrated the applicability of hydrogen-electric propulsion solutions in aviation during several flight campaigns and with more than 90 take offs. It also serves as a test platform to further develop the propulsion system and thus lay the foundation for development work on a hydrogen-electric-powered, 40-seat Dornier 328, which will be developed jointly with Deutsche Aircraft by 2025”.