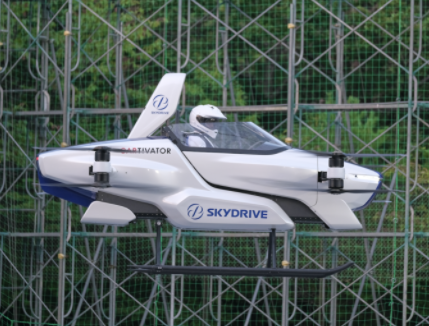 In April this year, the ministry set up a dedicated department that will draw up guidelines as early as this autumn on procedures needed for companies to conduct test flights of vehicles currently under development, says the newspaper.

“The ministry hopes to establish related technologies and systems in 2023 and for such vehicles to start flying in safe areas where there are no people around. After gradually introducing such vehicles to transport goods, save lives at times of disaster and as a method of transportation in underpopulated areas and remote islands, the ministry plans to start flying car operations in urban areas in the 2030s.

“The ministry ultimately aims to introduce vehicles that are cheaper than helicopters, easy to manoeuvre and fit for daily use.

“More tests are expected to be conducted for vehicles developed by Japanese companies, as well as for those imported from overseas.

“The value of the global market for flying cars is seen reaching some Yen 150 trillion by 2040.”