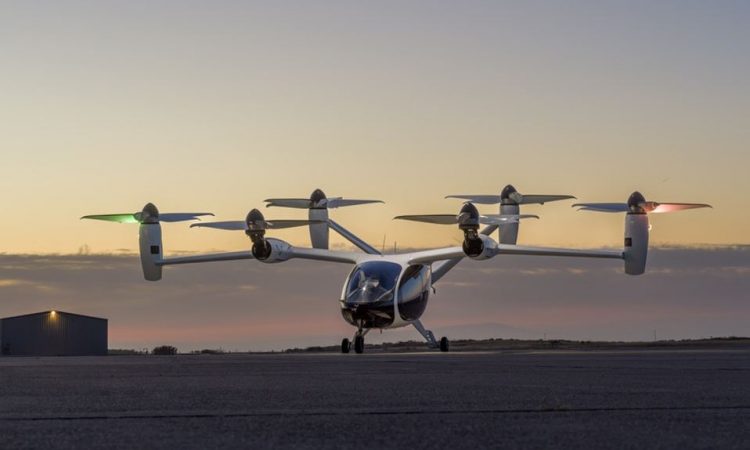 Joby Aviation, a California-based company developing all-electric aircraft for commercial passenger service, today announced it has formally applied for its revolutionary aircraft design to be certified for use in the United Kingdom.

In a press release the company reports “While Joby is currently pursuing the “type certification” for its aircraft with the U.S. Federal Aviation Administration (“FAA”) and expects the U.S. to be its first operating market, this application will allow Joby’s U.S.-based certification to be concurrently validated by the United Kingdom’s Civil Aviation Authority (“CAA”), accelerating the Company’s path to market in the U.K. Joby is believed to be the first eVTOL company to apply for foreign validation of its FAA type certificate.

“With a maximum range of 150 miles and a quiet acoustic profile, Joby’s five-seat, piloted electric vertical take-off and landing (“eVTOL”) aircraft is designed to connect people and cities through fast, quiet, and emissions-free flight.

“Joby’s application builds on a joint statement by the FAA and CAA in March, announcing their intent to leverage the existing Bilateral Aviation Safety Agreement between the two regulators to streamline the introduction of eVTOL aircraft using existing regulatory frameworks.”