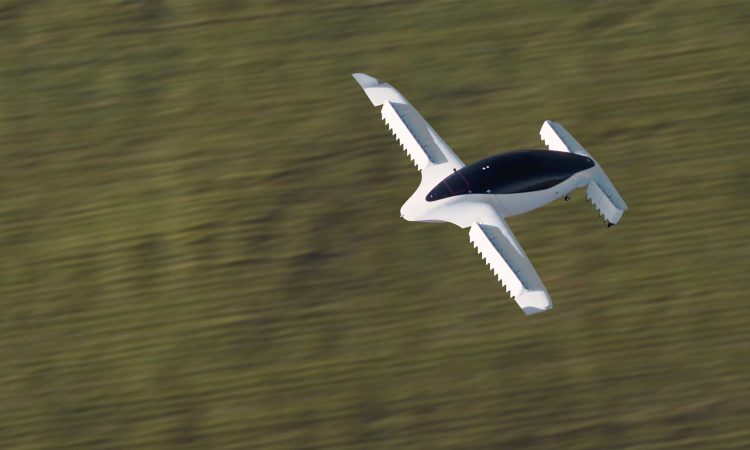 Lilium, the Munich-based startup developing an on-demand air mobility service, has today released new footage of its all-electric Lilium Jet as it celebrates completing its first phase of flight testing, a milestone it has reached less than six months since starting its flight test campaign.

The Lilium Jet, the world’s first five-seater, all-electric, vertical take-off and landing jet, was revealed to the world in May 2019 and since then has been put through its paces at an airfield in southern Germany. The emissions-free aircraft, which will be able to complete journeys of up to 300 km in one hour on a single charge, has now been flown at speeds exceeding 100 km/h, in increasingly complex maneuvers.

The new footage reveals, for the first time, the aircraft transitioning from vertical flight to level flight. This signature maneuver, first completed just weeks after the aircraft’s maiden flight, is one of aerospace’s greatest challenges and is what gives the Lilium Jet its significant range advantage, with its two sets of wings contributing to much higher levels of efficiency than in aircraft lifted solely by rotors.

With a range of 300 km, the Lilium Jet will be capable of completing much longer journeys than the vast majority of its competitors, allowing it to connect entire regions rather than just making short trips across a single city.

The release of the footage came as the company also celebrated the completion of its first dedicated manufacturing facility, an important step towards preparing the company for serial production of the Lilium Jet.

Lilium also announced an addition to its Senior Management Team, with Airbus veteran Yves Yemsi joining the team as Chief Program Officer, having worked as Head of Programme Quality for the highly successful Airbus A350 aircraft.

Commenting on these milestones, Daniel Wiegand, co-founder and CEO, said: “It’s been thrilling to watch the Lilium Jet progress so rapidly and to see our first flying taxi manufacturing facility. We are taking tangible and concrete steps towards making our vision of regional air mobility a reality and we’re doing it on time.

“We believe that regional air mobility has the potential to be a remarkable force for good in society and we can’t wait for what comes next.”