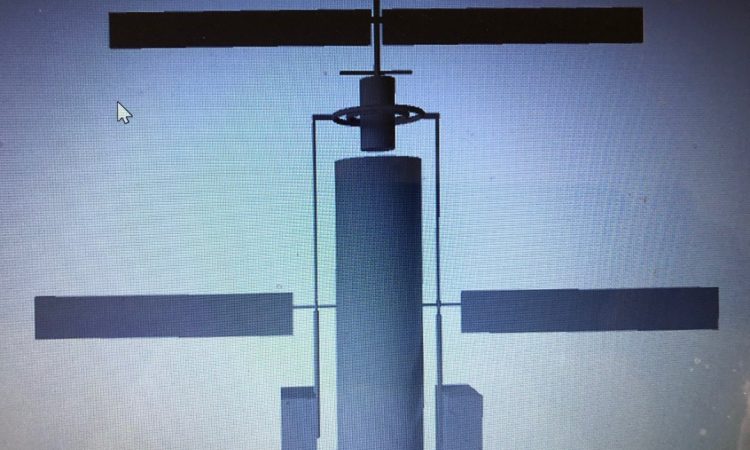 NASA is in the process of evaluating the patent “for the safest, silent, most efficient VTOL aircraft design”, according to its inventor former US Navy fighter pilot and retired American Airlines captain Stan Sanders, who wants to license the design to a US manufacturer.

The aircraft is powered in flight by batteries or by a Honeywell one megawatt generator that can burn gasoline or hydrogen when available. The two-axis thrust vectoring gimbal eliminates the need for elevators and rudders. Minimal number of parts required minimizes costs.

“The aircraft can be any size from the small drone to the very largest aircraft desired,” according to Stan Sanders. “The rotary pivot free wing/motor assembly can be installed on any aircraft. If other motors are attached to the fuselage are desired for horizontal flight, both of the propellers for silent vertical flight would be the rotary pivot free wing symmetrical propellers. When both propellers are stopped for horizontal flight, they will become a double canard to support the thrust vectoring assembly. The thrust vectoring gimbal assembly can be attached to any existing aircraft to make it VTOL.”