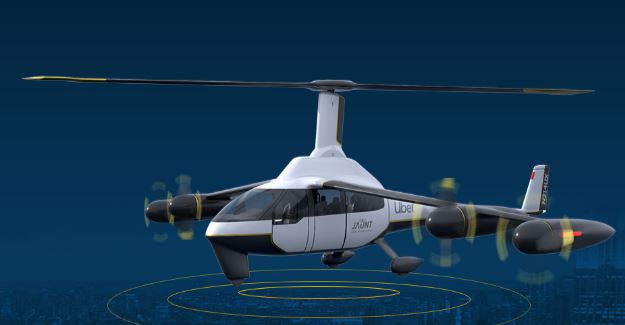 “Jaunt Air Mobility has assembled a highly talented team of experienced engineers with a long history of designing and certifying eVTOL vehicles,” Uber Elevate Director of Engineering Mark Moore said in a statement. “Martin Peryea, Jaunt’s Chief Technology Officer, has led many helicopter development programs as a chief engineer and brings invaluable insights to developing low noise, reliable, and safe aircraft. I look forward to seeing what our teams accomplish together as we aim to accelerate Jaunt’s commercialization efforts.”

Honeywell Aerospace and Jaunt signed a memorandum of understanding to define avionics, navigation, flight control, and connectivity for Jaunt’s eVOT on 11 June 2019. The two companies will work to develop the technical requirements and a definitive agreement that will support Jaunt’s eVTOL demonstration programme by the third quarter of 2021, according to Honeywell.

These are Uber Elevate’s other industry partners:

Aurora Flight Sciences, a Boeing Company, is a leader in advanced unmanned systems and aerospace vehicles. Aurora has test flown a full-scale eVTOL demonstrator at its Manassas, VA, headquarters in preparation for Uber Air’s launch goal.

Bell is a premier provider of vertical lift aircraft, with more than 80 years of experience. Recently Bell released the V-280 and V-247 tiltrotors, which are among the most advanced rotorcraft designs in the world. At CES 2019, the company unveiled a full-scale mockup of its eVTOL in collaboration with Uber.

EmbraerX, based in Brazil, is focused on engineering disruptive air mobility concepts. Built on a record of business, regional, and commuter jet excellence at Embraer, the firm draws from a wide range of experience and engineering capabilities. EmbraerX most recently unveiled an aircraft concept at the Uber Elevate Summit 2018.

Karem Aircraft, based in Orange County, CA, is a developer and manufacturer of fixed- and rotary-wing aircraft. Over the past 15 years, Karem developed Optimum Speed Tiltrotor (OSTR) technology, which combines the speed of fixed-wing airplanes with the hover capability of helicopters. Its eVTOL solution, Butterfly, uses Karem’s OSTR for efficiency in all phases of flight. It is currently flight-testing sub-scale aircraft in preparation for full-scale demonstrations.

Pipistrel Vertical Solutions is the first aircraft manufacturer to certify an all-electric aircraft, the Alpha Electro. Based in Slovenia, Pipistrel’s experience in electric aircraft dates to 2011, when it won NASA’s Green Flight Challenge with its Taurus G4 aircraft. The team is taking its all-electric learnings to develop an eVTOL with a differentiated, low-noise propulsion system, first teased at the Uber Elevate Summit 2018.