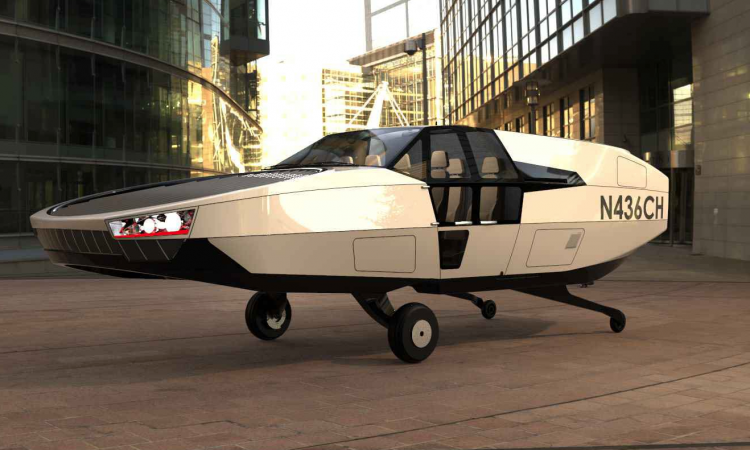 Israeli company Urban Aero, designer of the CityHawk urban air vehicle, is working with HyPoint to design a testing regime that will lead to the use of hydrogen as fuel for the VTOL platform. HyPoint has developed a turbo air cooled fuel cell that, according to the company, will be perfect as a power pack for platforms like the City Hawk.

Nimrod Golan, the new CEO of Urban Aero, told Urban Air Mobility News that the two companies are working on a technology strategy “but we are still far from a demonstration,” he said. “Currently we are focused on completing the development of the CityHawk that will be powered by jet fuel”.

Metro Skyways, a subsidiary of Urban Aero, has released only very basic details about its CityHawk. According to the company, CityHawk will have the dimensions of a delivery van but no exposed rotors and is designed to be “road legal”. It is the only multiple passenger UAM eVTOL that has true capability to fly anywhere, land anywhere, says the company. While CityHawk will initially be powered by jet fuel to expedite the airframe’s certification under FAA FAR 27, following certification it will convert to 700 bar compressed hydrogen propulsion. Metro Skyways says the hydrogen/Fuel Cell Stack (FCS) powertrain technology will still meet all FAA/EASA requirements for a Category A take-off, manned, rotorcraft certified for commercial operations.

CityHawk incorporates a power train based on two separate FCS units.  Should one of the FCS units fail, the aircraft will be able to descend to a safe landing using power from the remaining FCS, with supplemental power available via on-board batteries contained in two Power Conditioning Units (PCUs).

Only in very rare cases would an installed rocket-deployed parachute be required; if deployed it will be fully steerable from the cockpit to avoid damage to people or property on the ground. To provide extra safety to the occupants in the event of a hard landing or crash, special provisions are being implemented in the design that meet the existing requirements for a jet fuel/turbine powered variant, even while carrying hydrogen on board.

CityHawk will exploit internal rotor Fancraft technology which has been developed by Urban Aeronautics over the last two decades. The compact footprint, internal rotors, combined with multi-bladed, slow turning fans, enable extra quiet operations, says the company; the vehicle’s noise emissions will blend into the city background noise at a distance of 250 meters.

In addition to the design of the air vehicle itself, Metro Skyways is working with designers and city planners to make sure CityHawk’s planned operations and Concept of Use (ConUse) are fully integrated into future transport planning concepts.

Apart from the addition of a second engine (or FCS in the case of the H2 variant), CityHawk is identical in configuration, size and weight class to the multi-role, Cormorant UAV developed by sister company Tactical Robotics Ltd, which has accumulated more than 300 flights.  Cormorant is powered by a single 985 HP turboshaft engine supplied by Safran and has been designed for cargo delivery and casualty evacuation. The aircraft is designed to exceed the standard reliability and handling qualities required of a typical. tactical UAV to meet the requirements to safely ferry wounded personnel from the battlefield. According to the company, the Cormorant is the first UAV designed in accordance with FAA passenger-carrying certification standards.