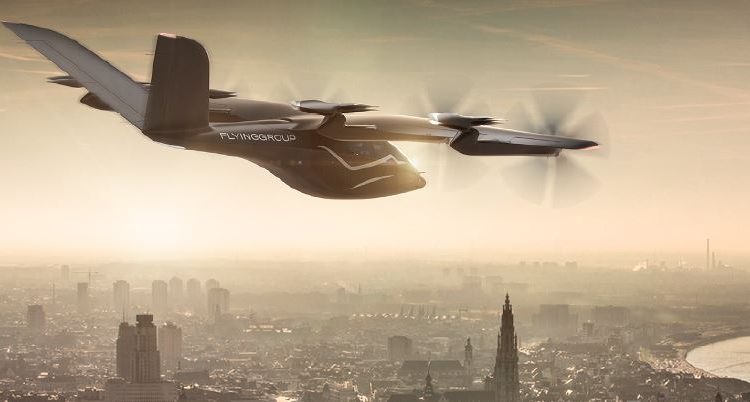 Vertical Aerospace, a global aerospace and technology company that is pioneering electric aviation, has announced that FLYINGGROUP, one of Europe’s leading business jet operators, has conditionally pre-ordered up to 50 VX4 aircraft.

In a press release the company reports “FLYINGGROUP, which began operations in Antwerp in 1995, operates from aircraft bases across Europe and the Middle East. Currently managing 45 conventional aircraft, today’s pre-order announcement forms part of FLYINGGROUP’s new approach to sustainable aviation, embedding zero emissions transport options into its fleet. The integration of the VX4 into its existing services will provide their customers with a sustainable, innovative, and efficient regional air mobility alternative and transform their first and last 100-mile journeys.

“Vertical has already sold its VX4 to a diverse range of customers including aircraft lessors, airlines, and helicopter operators, including American Airlines, Virgin Atlantic, Avolon and Bristow. Today’s announcement represents Vertical’s first commercial agreement within the business aviation market, a further demonstration of the significant market demand for the VX4. This partnership increases Vertical’s conditional pre-order book to up to 1,400 aircraft with a total value of $5.6bn.

“The two parties have agreed to launch a Joint Working Group (JWG) to begin exploring FLYINGGROUP’s application of using the VX4 in the business aviation market, including individual ownership, low volume operation and fractional ownership. The JWG will also explore the terms and conditions of a Maintenance, Repair and Overhaul (MRO) service centre, potentially granting FLYINGGROUP the right to perform MRO services for their fleet and to support their private sales.

“The piloted zero operating emissions four-passenger VX4, is projected to be capable of travelling distances of 100 miles (160 km), at a top speed of 200mph (320km/h), while producing minimal noise and has a low cost per passenger mile.”