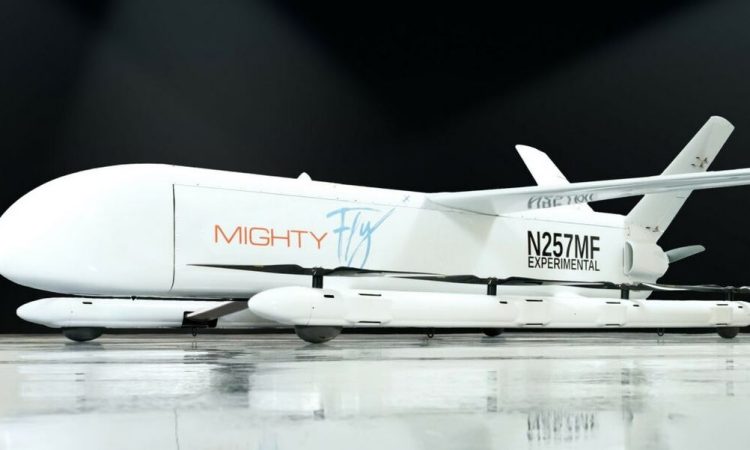 MightyFly has announced that the Federal Aviation Administration (FAA) has granted the MightyFly Cento a Special Airworthiness Certificate and a Certificate of Authorisation (COA) for long-range flights after undergoing an extensive study of all safety standards and testing results of end-to-end system, inclusive of aircraft hardware, software and its ground infrastructure.

“It measures 13.1 ft by 16.7 ft (4 m by 5 m) taking up a total area that is less than two compact cars – meaning the ground transfer stations required onsite can simply be two car spots in an existing parking lot.

“Cento is equipped with a 6 ft by 1 ft by 1 ft (1.8 m by 0.30 m by 0.30 m) internal cargo bay able to carry 96 small USPS packages. Cargo is loaded and unloaded by a conveyor belt that operates autonomously, so no human handling other than dropoff and pickup is required at the ground stations.

“The aircraft are operated and maintained by MightyFly, which will manage the end-to-end process of its express shipping services making the customer experience convenient and seamless. Because Cento is equipped with a hybrid powertrain, it does not require recharging between flights – an internal combustion engine recharges the aircraft’s battery while in the air, enabling it to perform multiple consecutive deliveries, with up to 600 miles range.”

MightyFly says it began autonomous flight testing of the Cento in December 2022 and meanwhile, is planning to develop a larger vehicle that can carry 500 pounds of cargo.