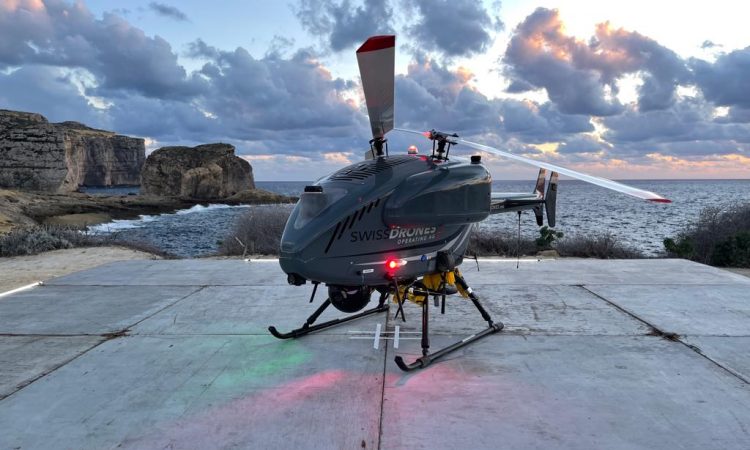 The company says this certificate allows SwissDrones to “self-authorize flight operations of its SDO50 V2 unmanned helicopters across EASA countries, including beyond visual line of sight (BVLOS) operations within the limits of the certificate” and adds “this is the highest authorization achievable under European drone regulations”.

“This is the first LUC issued by Transport Malta, and the sixth issued in Europe” reports the press release and “SwissDrones plans to perform ongoing BVLOS flight testing campaigns in Malta, given the ideal geographical environment with ample airspace for long-range testing in real-life conditions, including in coastal areas and over the ocean. Additionally, the nation is a growing hub for unmanned aviation with a dedicated support infrastructure and a clear governmental commitment to advance this high-growth industry”.