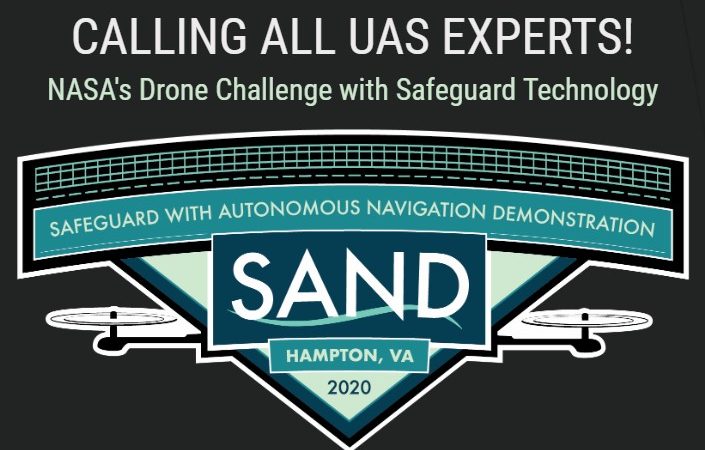 NASA has announced a competition for UAV developers with entry between September 1 and November 1.

The challenge will address some of the safety critical risks associated with flying UAVs in the national airspace system:

NASA Langley’s patented Safeguard technology is designed to assuredly address the aforementioned safety critical risks and will fly onboard the competitor’s vehicle while navigating the course. Safeguard is NASA’s patented aviation quality fencing technology. Safeguard is a Verified and Validated independent system designed to supersede UAV manufacturer guidance, navigation and control systems, and when necessary, physically prevent the vehicle from accessing restricted air space assuring the UAV complies with regulatory property protection and safety requirements. The SAND challenge will demonstrate the successful surveillance of a post-natural disaster scenario amidst critical infrastructure. The SAND Challenge will be held in May of 2020 in Hampton, Virginia.

The primary objectives of the SAND Challenge are:

NASA will evaluate the performance of the drones to autonomously perform their surveillance service function of identifying the post-natural disaster objects in an efficient manner as well as against the Safeguard data that highlights where the drone would have been prevented from violating of airspace restrictions by the Safeguard system.