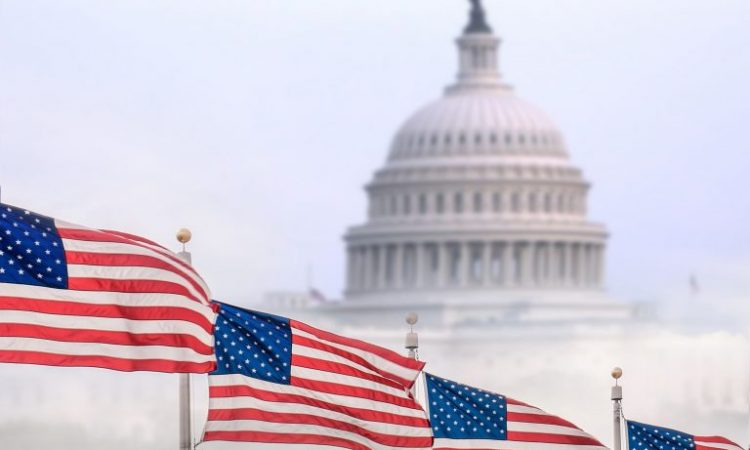 According to a press release: “Remote ID (PDF) is a major step toward the full integration of drones into the national airspace system. Remote ID provides identification of drones in flight as well as the location of their control stations, providing crucial information to our national security agencies and law enforcement partners, and other officials charged with ensuring public safety. Airspace awareness reduces the risk of drone interference with other aircraft and people and property on the ground. Equipping drones with Remote ID technology builds on previous steps taken by the FAA and the drone industry to integrate operations safely into the national airspace system. Part 107 of the federal aviation regulations currently prohibits covered drone operations over people and at night unless the operator obtains a waiver from the FAA. The new FAA regulations jointly provide increased flexibility to conduct certain small UAS without obtaining waiver.”

“The new rules make way for the further integration of drones into our airspace by addressing safety and security concerns,” said FAA Administrator Steve Dickson. “They get us closer to the day when we will more routinely see drone operations such as the delivery of packages.”

The Remote ID rule (PDF) applies to all operators of drones that require FAA registration. There are three ways to comply with the operational requirements:

“The Operations Over People and at Night rule (PDF) applies to Part 107 operators,” says the press rrelease. “The ability to fly over people and moving vehicles varies depending on the level of risk a small drone operation presents to people on the ground. Operations are permitted based on four categories, which can be found in the executive summary (PDF) accompanying the rule. Additionally, this rule allows for operations at night under certain conditions.

The final rule requires that small drone operators have their remote pilot certificate and identification in their physical possession when operating, ready to present to authorities if needed. This rule also expands the class of authorities who may request these forms from a remote pilot. The final rule replaces the requirement to complete a recurrent test every 24 calendar months with the requirement to complete updated recurrent training that includes operating at night in identified subject areas.

The Association for Unmanned Vehicle Systems International (AUVSI) has welcomed the publications. “AUVSI welcomes the progress made with the delivery of these final rules,” said AUVSI President and CEO Brian Wynne. “Remote ID will enable more complex UAS operations, which will have additional untold benefits for American society. Operations over people, and at night, are important steps towards enabling integration of drones into our national airspace. We look forward to reviewing these rules and working with the FAA on implementation.”

Meanwhile, according to Tyler Dobbs, Director of Government Affairs at the Academy of Model Aeronautics (AMA): “The final remote ID rule prioritizes the safety and security of the national airspace, while also accommodating the longstanding, safe hobby of flying model aircraft…The final rule allows UAS without remote identification to be operated within FAA-Recognized Identification Areas. This option for meeting remote identification requirements has been included in the final rule as a long-term solution. AMA maintains nearly 2,400 fixed flying sites across the country where our members have flown safely and responsibly for decades. All unmanned aircraft at these locations are flown within visual line of sight of the operator, making it easy to ensure safety and identify the operator.

“The final rule also includes a sensible solution for operating outside of FAA-Recognized Identification Areas with the use of remote identification broadcast modules. This option eliminates the internet connectivity requirement that was included in the proposed rule and allows for retrofitting existing model aircraft.  We are pleased the FAA reversed the proposal to require model aircraft owners to register each of their model aircraft separately. Now, unmanned aircraft operators flying under the Exception for Limited Recreational Operations can continue to simply register per individual with the FAA.”

The recently-launched Drone Services Providers Alliance (formed at the start of December 2020) also broadly supports the move but has a few reservations (see https://dspalliance.org/remote-identification-a-good-start/).

“The Drone Service Providers Alliance calls the Remote ID (RID) rule as a great start with some concerns. We are pleased that the FAA took to heart many of the comments submitted by those in the drone community and industry. We are especially pleased that the FAA eliminated the network requirement, eliminated the limited category, and exempted drones under 0.55 pounds that don’t require registration. However, the DSPA’s main concerns surround two issues.

“First, the rule retains the requirement for providing pilot or take off location in a public manner. Many in the drone community are rightfully concerned after being confronted by angry individuals or having their drones shot out of the sky. The FAA must state, unequivocally, that those who harass or injure remote pilots or who destroy a UAS will be prosecuted and must work to ensure that the US Department of Justice and US Attorney’s Offices actively follow up on any incidents. These incidents must be treated with the gravity that they deserve. We ask that the FAA propose a rulemaking that addresses destruction of UAS and interference with a RPIC.

“Second, we are disappointed that the FAA dismissed the “notify and fly” proposal put forth by Kittyhawk. The rule as published will negatively impact compliance rates as many people in the FPV community will likely opt to ignore the RID rules regarding both equipage and FRIAs.  First, the addition of requiring take off location necessitates the addition of a GPS to any module. This both increases weight and costs to platforms that are driven by grams. Further, most FPV pilots seek areas that are close to where they live and are unlikely to travel to FRIAs.  In fact, most are likely to just fly around their houses. We suggest that the FAA reconsider in the next iteration of Remote ID of allowing a notify and fly method as it would satisfy the public safety need of knowing who is flying and where.”