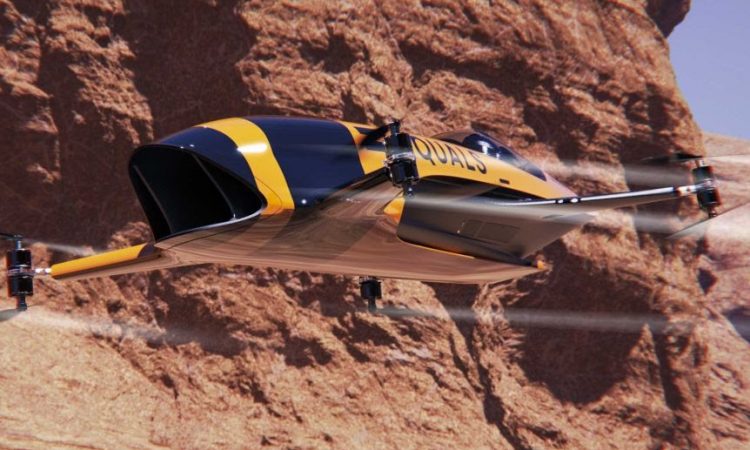 Like a scene out of the film Mad Max, flying cars are set to grace the South Australian outback in Coober Pedy, where the original film was shot, reports abc.net.au.

The International tech start-up, Airspeeder, has been developing cars that use drone technology to hover and manoeuvre above ground. The company says it will host an exhibition race towards the end of 2020. It is hoped the event could boost tourism to Coober Pedy, which has seen visitor numbers plunge during the COVID-19 pandemic

The startup’s co-founder, Matt Pearson, says despite the disruption of the pandemic, 2020 was a big year for the industry. “The developing technology that makes autonomous electric cars possible, is now creating the electric flying cars’ industry.”

Pearson explains Airspeeder’s cars, which use drones to lift a chassis resembling a Formula One racing car, are cheaper than helicopters. “A helicopter has thousands of moving parts, and a single point of failure which makes them very expensive to maintain. An air taxi has about 16 moving parts and around half of those are redundant, so it’s a very safe, very stable platform.”

Unlike air taxis though, Airspeeder cars are built as race vehicles and Pearson says the company is pressing ahead with plans for an exhibition race in Coober Pedy before the end of the year.

“Taxis are a great thing to do with this technology, but we also think that there’s a great place to fuel innovation in racing. This has always driven technology innovation more than anything else.”

Pearson believes the race would be a display for the public, demonstrating two remote-controlled cars being put through their paces. It will be a while however, before the vehicles have drivers in them.  Airspeeder has approval from the Civil Aviation Safety Authority to fly large scale, commercial drones, but is yet to negotiate a licence to fly people.

“We’re working on that with the authorities, so not yet,” he comments.  “But it is in process and we hope very soon we’ll have that possibility.” Pearson suggests Australia could become a world leader in the flying car industry. For example, Uber has announced Melbourne as one of three sites set to trial their air taxis.

“Australia’s been a great place to test drones and even Google and Amazon have chosen the country for their test programs because of fairly advanced regulations,” he continues. “There’s an opportunity now for Australia to do that for the urban air mobility market, air taxis and flying cars.”

Pearson says large areas of open desert, like the landscape at Coober Pedy, is perfect to trial the technology.  “Le Mans, Bathurst, Monaco, there are these amazing places where we’ve seen the birth of new sports.” Adding, “This is such a great place for us to basically create that next iconic place for racing.”