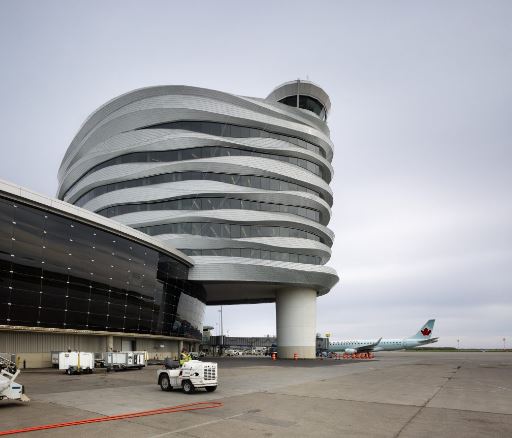 Edmonton International Airport and Drone Delivery Canada (DDC) have entered into an agreement to make Edmonton’s airport into a hub for drone cargo deliveries in western and northern Canada. The agreement is assisted by Air Canada through its long-term commercial relationship with EIA. Air Canada is also a sales agent of DDC through its cargo branch Air Canada Cargo.

According to an airport press release:

“This is expected to be the world’s first regularly scheduled drone delivery service from an airport. EIA is a leader in working with drone operators and with aviation regulatory organizations, pioneering some of the firsts in Canadian Remotely Piloted Aircraft Systems (RPAS or drones) aviation in active, controlled airspace, including:

The press release continues: “As customers and routes are identified, and routes are approved by the regulatory authorities, DDC will deploy its DroneSpot takeoff and landing zones as well as additional drone flight infrastructure on EIA sites, and deploy its Sparrow cargo drone, with a capacity of up to 10lbs. The first route will be on a defined flight route within EIA’s site. EIA and cargo partners have already expanded EIA’s Cargo Village infrastructure and the Alberta Aerospace and Technology Centre (AATC) at EIA has, and continues to, develop a number of cutting-edge technologies. This makes a RPAS drone logistics hub a logical next step for the airport.

“DDC has joined the AATC and will look to include EIA into their operations as they build and operate drone delivery routes in Canada. In its role as sales agent to DDC, Air Canada has agreed to sell, market and promote DDC’s drone delivery services, leveraging its expertise in the air freight and logistics, brand presence and sales network.

“Flights will be remotely operated and monitored by DDC from its new commercial operations centre located in Vaughan, Ontario. The state-of-the-art operations center is a 16,000 square foot facility, capable of managing 1,500 drones on behalf of commercial paying customers globally. DDC expects to begin providing drone delivery services from EIA under the strategic partnership in early 2020.”