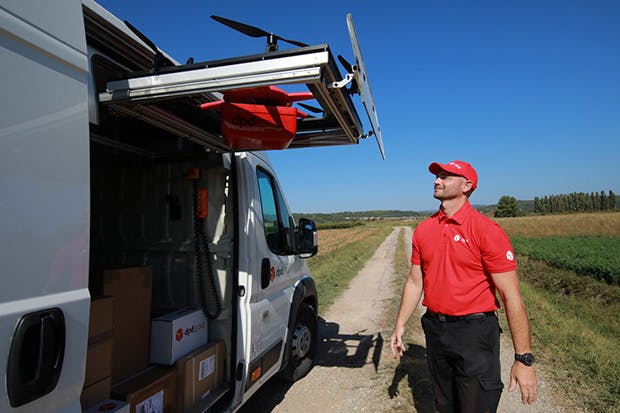 French postal service La Poste has started making parcel deliveries using drones in the Isère region of south-east of France. La Poste subsidiary DPD began investigating drone deliveries in 2014 and launched services in the Var region following approval by the French civil aviation agency Direction Général de l’Aviation Civile (DGAC) in December 2016. The service has now been extended to remote Alpine regions where road-based deliveries are more challenging. The drones are launched from a modified vehicle and deposit packages at secure pre-determined locations in the Chartreuse mountains. The delivery drones are equipped with GPS, and fitted with six electric rotors that can be charged using solar panels. Operating speed is about 30km/h and parcel weight is restricted to 2kg. In-built safety features include an autonomous parachute system, an anti-collision system, a camera and flight recorder.