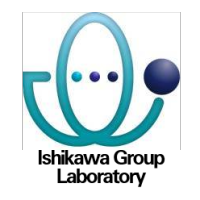 A team of researchers from Japan have been looking into ways to streamline and speed up the drone delivery process, reports feedspot.com.

At the Ishikawa Group Laboratory of the University of Tokyo, Satoshi Tanaka, and Taku Senoo, under the leadership of Masatoshi Ishikawa, are researching the potential for high speed, non-stop parcel handovers to an unmanned craft. The aim is to reduce the time taken for drone deliveries.

For the researchers to be successful, drones must safely and steadily release a package as well as pick one up, but what if this process can be sped up? The team’s idea is to enable the craft to automatically grasp a parcel without having to pause in flight or be handled by a human.

In one trial, a brown paper bag was placed on a robotic platform that senses and then moves into a position to allow a drone to swoop by and hook the straps of the bag onto an arm hanging from the bottom of the craft. A researcher explained, “For the handover test, we developed a novel tracking system with high-speed, multi-camera vision using cameras with different frame rates. Through sensor fusion, the proposed system overcomes the problem associated with tracking far away objects by using high-speed cameras with short exposure times.”

The spokesperson added, “The proposed system demonstrates that it is feasible to combine both high-speed object tracking (1000 fps) and distant object tracking.”  In a matter of seconds, the drone flies towards the package, while the camera sensors instantly move the platform, so the craft can grab the bag without slowing down.

The longer it takes to deliver a package, the more money it costs the retailer and why Amazon has vowed to have 30 minute or less drone deliveries. With a system like the one being developed at the Ishikawa laboratory, Amazon and other drone delivery companies, would be able to deliver on that promise, and save large amounts of money.