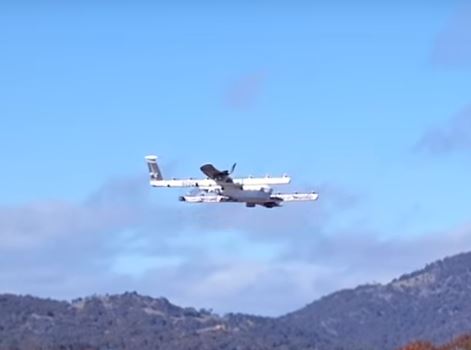 Australia’s ABSCNews reports that Google’s drone delivery trial in the suburbs of Canberra has been met with fierce resistance by many residents.

“In the small bush suburb of Bonython on the outskirts of Canberra, residents have said firmly they don’t want it,” the news service reports. “Google’s parent company Alphabet has been testing its next revolutionary technology in their suburb, flying drones over Bonython homes to deliver coffee, burritos and medication. The year-long trial, Project Wing, wrapped up last week; now the company has set its sights on launching the world’s first commercial delivery drone operation in urban Canberra before June.

“Angry Bonython locals told a local Government inquiry the invasive drones had brought people to tears, and residents had openly confessed to police if something was not done, they would take it upon themselves to shoot the winged couriers down.”

“It is not inevitable, if the Government can be convinced that the great majority of Canberrans don’t want it,” local Neville Sheather said. He heads up Bonython Against Drones, a group that contends no amount of regulation would ease their privacy, safety and noise concerns.

The news service reports that even proponents of drones, like technologist Professor Roger Clarke, have argued the project had taken flight too fast. “We’ve got to get the different segments of the public represented in these discussions, and they haven’t been,” Professor Clarke said.

Local government agencies have reportedly had serious concerns about the lack of research surrounding drones — in particular, how Project Wing’s drones could impact wildlife. In reply, Project Wing said it had adapted its technology after complaints in Bonython – it had developed a new drone that was almost half as loud and far-lower pitched, meaning it could much more easily blend in with urban background noise. The company said it recorded no safety incidents throughout its trial.