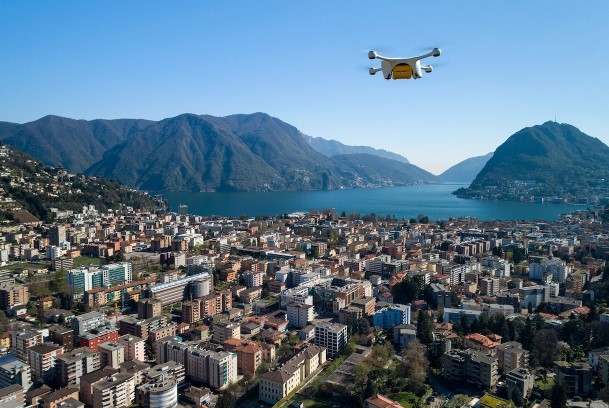 Delivery service, Swiss Post, has grounded delivery drones following a second crash — this time over a Zurich forest in May.

The first crash, into Lake Zurich, was “caused by a short circuit that interrupted power to the drone’s GPS. The emergency system worked just fine, and the drone parachuted into the water, a maneuver which was “entirely within the safety concept of our operations,” according to Matternet. After identifying the cause of the problem, Matternet updated their drones to incorporate a fully redundant GPS, compass, and power system, and the delivery service resumed,” according to tech newsletter, IEEE Spectrum.

“The single tether connecting the parachute to the drone caught on a sharp part of the drone itself and broke almost immediately. According to the German newspaper Frankfurter Allgemeine Zeitung, the 10-kg drone suffered an uncontrolled crash “in a wooded area of ​​Zurich’s university quarter only 50 yards away from a group of playing kindergarten children.” Nobody was hurt.”

In a June press release which will have made difficult reading for California-based drone-partner, Matternet, Swiss Post demanded that the UAV-operator tighten up safety procedures. The failure of the safety measures was “not acceptable”, it said.

“Swiss Post expects the manufacturer of the drones to ensure that safety mechanisms such as the parachute work properly. As such, we have asked Matternet to implement various urgent measures:

The company also said it would establish a board of experts to examine the safety of the systems:

These changes were recommended in an interim report produced by the Swiss Transportation Safety Investigation Board (STSB).

IEEE Spectrum reports that the collaboration had been going on for about a year “with drones ferrying lab samples between hospitals far faster and more efficiently than is possible with conventional ground transportation. The service had made about 3,000 successful flights as of last January, but a January 25th crash into Lake Zurich put things on hold until April.

“A second crash in May caused Swiss Post to suspend the service indefinitely, and a recently released interim report published by the Swiss Safety Investigation Board provides some detail on what happened—and a reminder that for all the delivery drone hype, there are some basic problems that are still not totally solved,” the online publication says.

The delivery firm finished with a disclaimer: “Drones are a relatively young technology. Swiss Post is performing worldwide pioneering work that benefits patients. However, pioneering work also involves special responsibilities. This is something we are conscious of. For this reason, Swiss Post is establishing a board of experts. Transporting urgent consignments such as lab samples is at the heart of drone logistics for Swiss Post. We will continue to use drone technology. Swiss Post believes that drones can make an important contribution to efficient healthcare. The advantages have been proved during operations: drones can transport urgently required consignments more quickly, efficiently and ecologically than a courier travelling by road. In addition, they have high operational availability. This means that Swiss Post’s service offers doctors, caregivers and patients added value which is particularly important within the healthcare sector.”