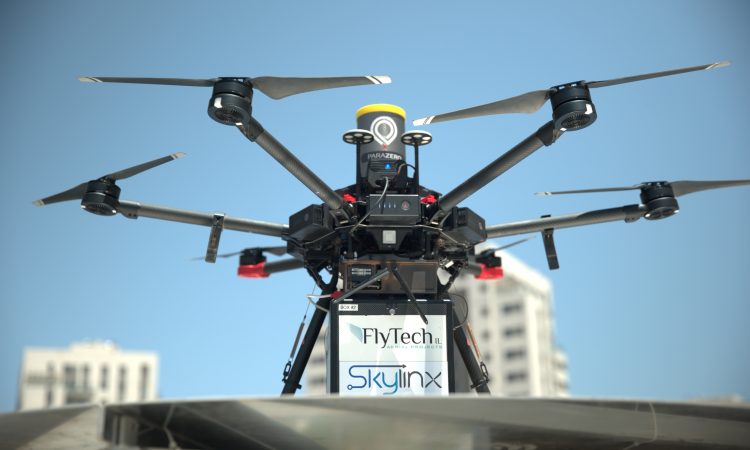 A pilot programme of package delivery by drone was launched in the Tel Aviv area in Israel on August 10.

SkylinX is one of the startups chosen to participate in CityZone, Tel Aviv’s Open Innovation Programme – an innovative lab and beta site established by Atidim Park Tel Aviv, in collaboration with the Tel Aviv-Yafo municipality and the Tel Aviv University, with the goal to test, experiment and integrate solutions for urban challenges.

The pilot programme includes the inauguration of drone flight paths along the coast and will, for the first time, create a direct link between Reading Power Station in the north and the Yafo Port in the south.

Skylinx is not alone: AirwayZ is responsible for the airspace management system and Flytech IL will operate the drones along the flight route. Other companies also potentially joining the programme include Nespresso, Tzamal Medical Group and Assuta Medical Centers. The programme will continue for at least six months and is expected to expand to additional areas of the city.

Skylinx is collaborating with Flying Cargo, one of the world’s largest logistic companies, and Gett Delivery, which helps connect this new service to end consumers.

The Mayor of Tel Aviv-Yafo, Ron Huldai said:”The future is already here. We are embarking on a pilot in Tel Aviv-Yafo that will accurately test and measure the commercial use of drones in an urban setting. We are going about it in a controlled manner, in order to evaluate the different technological capabilities, as well as the right balance required for open and free urban airways. Only after the testing period, we will examine the results with all relevant stakeholders and decide how we wish to move forward”.

According to Gaby Kaminsky, CityZone’s Managing Director: “Local governments should be focusing on aspects related to local regulation, preferably before drones become widely used over our cities’ airspace. The rules of this new game should be defined proactively by municipalities. Thanks to our work together with SkylinX, we expect to be able to define how many drones can fly simultaneously in the same area, at what altitudes and times of day and reduce noise related nuisance; to determine no-flight zones to respect residents’ privacy; or to figure out the technological requirements and implications of demanding that every drone operating in the city, even by a third party, streams its video to the municipality in real time, to crowdsource a real time bird’s-eye view of the city. This is the true meaning of a city that is proactively seeking ways to improve quality of service for residents and businesses alike, while not neglecting major public concerns.”

According to Eden Attias, SkylinX Chairman: ” Our collaboration with the Tel Aviv-Yafo municipality enables us to learn how to build this infrastructure the right way, so it’s what the city needs. Working with the city and city residents is critical for the process. Transporting packages with drones will not only decrease traffic, shorten delivery times, save time and fuel and improve customer service, but it will also decrease pollution while being much cheaper. Every neighborhood will have a distribution centre where drones can land before customers come to collect their packages. In the not-to-distant future, the field of deliveries will become robotic and the entire process will be without human intervention. We are happy to be one of the companies leading the revolution in Israeli and global markets.”