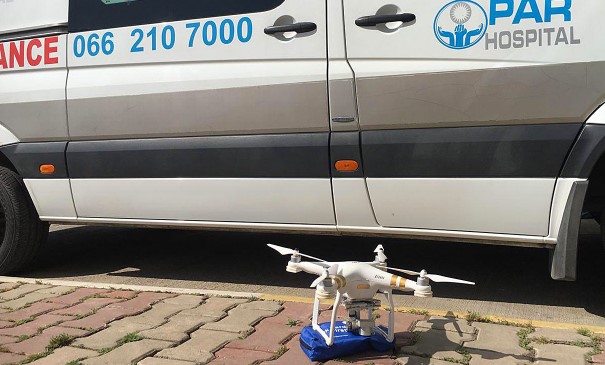 A team in Iraq and Australia has developed a way to use drones to deliver a first aid kit 90 to 120 seconds faster than an ambulance, reports IEEE Spectrum.

The delivery is part of a system that detects when an elderly person has fallen and served fake test patient in a busy city in northern Iraq, the online publication relates.

“That may not sound like a really long time, but if you weren’t breathing or your heart had stopped during that 90 seconds, it would seem like a very long time,” co-author Javaan Chahl, a professor of sensor systems at the University of South Australia told IEEE. “In that sort of emergency, the sooner a response, the better the outcome is going to be.

“Chahl imagines drone systems like this one could respond to many types of medical emergencies. The drones in this study carried a small first aid kit, but the package could instead be a portable defibrillator or medications like an EpiPen, Chahl adds. Of course, another person would need to be on hand to administer the aid, and the system currently only works outdoors.

“In 2017, Chahl’s team used drones to detect vital signs in people from the air, even while the people were moving. In the current work, Chahl and engineer Ali Al-Naji collaborated with engineers at Middle Technical University in Baghdad, Iraq, led by Sadik Gharghan, who had built and tested a wearable device that monitors heartbeat and acceleration, then analyzes that data with an algorithm to detect a physical fall,” the online publication reports.