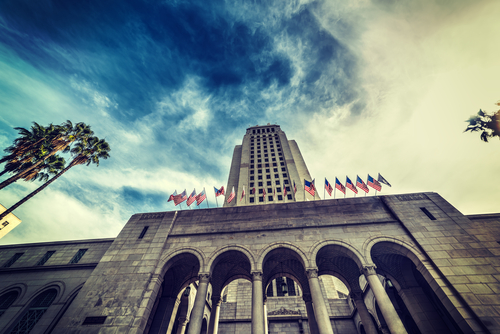 The Los Angeles Police Department wants to extend its current drone pilot programme by adding more drones and more capable drones for use by the bomb squad and hazardous materials unit, according to a report in the Los Angeles Times.

“The request comes two years after the five-member civilian Police Commission approved strict guidelines for police to use the remote-controlled devices in dangerous situations such as a barricaded suspect, active shooter or explosive device,” says the newspaper. “Since January, SWAT officers received permission from top commanders to deploy the drone cameras in six incidents, but officers only used them in four cases, Moore wrote in a memo to police commissioners.”

Moore has asked commissioners to allow the department to upgrade the drones to a model specifically made for law enforcement, to include an estimated flight time of 31 minutes, a spotlight, a speaker system and infrared and thermal sensors.

“In 2017, the LAPD held forums across the city to pitch the use of the flying cameras. Critics complained the devices would infringe on privacy and would be flown far more than the LAPD had pledged….Hamid Khan of the Stop LAPD Spying Coalition said Friday that critics feared the LAPD would seek to expand the program once drones became operational.”

“Of the four incidents where officers deployed drones since January, three suspects were armed and barricaded in a home or apartment. The drones allowed officers to make sure suspects could not ambush officers…. The latest deployment occurred June 15 when a shooting suspect hid in a large lot filled with tractor-trailers, vehicles and other clutter. Each incident ended peacefully.”