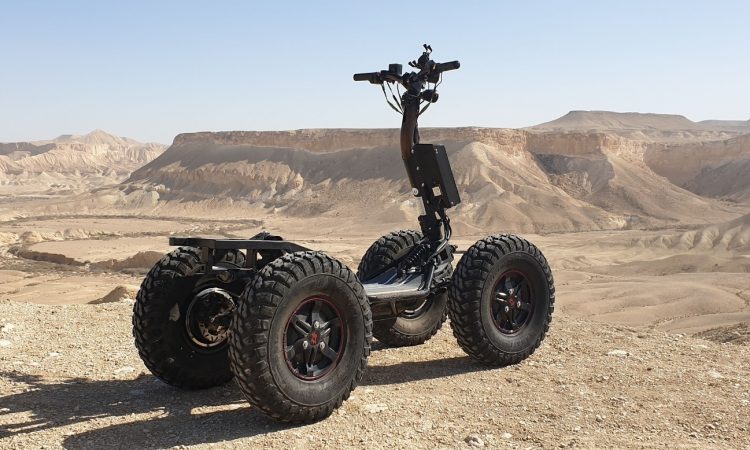 A combination of an unmanned personal ground vehicle and drones is now being developed in Israel for long-endurance civil infrastructure inspections.

Urban Air Mobility News  has learned that Israeli company DSraider has developed a fleet of electrically-powered ground vehicles for launch and recovery which cooperate with Israeli drones. One version can operate autonomously using a Lidar sensor, which measures distances by illuminating the target with laser light and measuring the reflection with a sensor.

Brig. Gen. (res.) Miki Bar, DSRaider CEO, said that the idea is to use the company’s vehicles to serve as the launch and landing point for drones equipped with sensors that are capable of monitoring long power lines or agricultural areas. The EZraider is capable of moving in harsh terrains .The four wheels are connected to special suspension systems that give every wheel an independent horizontal and vertical movement.

One immediate use of the new combination is the inspection of long power lines which today is carried out by manned helicopters. According Bar, his company is currently talking with different Israeli drone makers to achieve the best match between the ground vehicle and the drone.