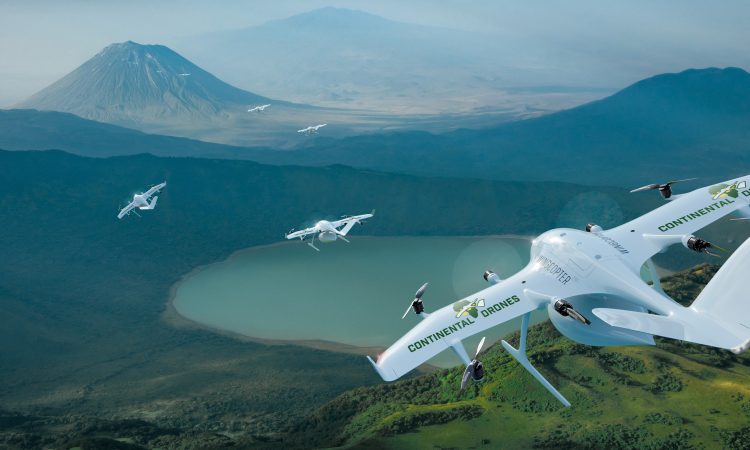 German drone delivery company Wingcopter today announced they have signed a partnership agreement with Continental Drones Ltd a subsidiary of Ghana and Dubai-based Atlantic Trust Holding, to help establish drone-based delivery networks with thousands of Wingcopter drones across the African continent. “These networks” the press release says “will dramatically improve the reliability and efficiency of existing supply chains but also help create completely new ones” and announced “that Continental Drones has become a Wingcopter Authorized Partner (WAPP) for all 49 sub-Saharan countries”.

The company goes onto say “over the next five years, the goal of the two partners is to deploy 12,000 Wingcopter 198s throughout Africa” and that “in many African regions, insufficient infrastructure is one of the biggest barriers to universal health coverage and economic development. Setting up large-scale drone delivery networks across African airspace will propel logistics in these countries to a new level and help build an entirely new transport framework – much faster, cheaper, more sustainable, and more efficient than the development of conventional ground-based infrastructure with all its unhealthy and climate-damaging emissions.”