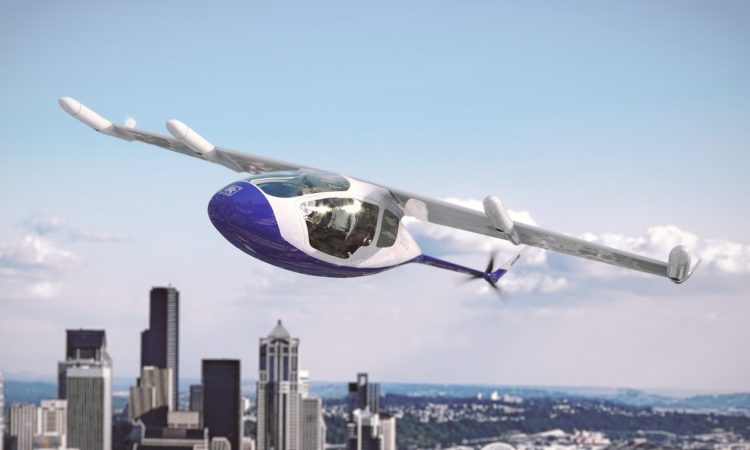 The Vertical Flight Society (VFS), a world’s leading non-profit organization working to advance vertical flight, announces today that it has now cataloged its 300th electric vertical takeoff and landing (eVTOL) aircraft in its World eVTOL Aircraft Directory, according to a press release.

“Electric VTOL aircraft hold out the promise of being much safer, cheaper, cleaner and quieter,” said VFS Executive Director Mike Hirschberg. “The development of these craft is part of a larger global trend to support investment in sustainable aviation that continues in spite of the novel coronavirus pandemic.”

These 300 entries include everything from conceptual studies and defunct projects to aircraft that are currently being flown for certification testing. For the past 30 months, the VFS World eVTOL Aircraft Directory has grown at a steady pace of 100 entries per year, an average of two new eVTOL aircraft concepts added each week.

Some USD4 billion has gone into researching the transformative potential of eVTOL aircraft since VFS held the world’s first meeting of the eVTOL development community in 2014, which was a launch pad for what the Society sees as an “Electric VTOL Revolution.”

Much of the approximately USD1 billion in annual funding for eVTOL aircraft for passenger and cargo urban air mobility (UAM) and other advanced air mobility (AAM) missions is coming from outside of the traditional aerospace industry. For example, Toyota Motor Corporation has invested some USD94 million in US-based Joby Aviation (bringing total outside investment to USD720 million) and Hyundai Motor has pledged to invest USD1.5 billion in its UAM efforts. In Germany, Lilium has now raised USD376 million from investors like Baillie Gifford, Tencent and Atomico, while Volocopter has received USD140 million, largely from transportation companies like Daimler, Geely and DB Schenker.

Next week, between July 28th and 30th, VFS is co-sponsoring the Electric Aircraft Symposium (EAS), organized by the Comparative Aircraft Flight Efficiency (CAFE) Foundation (www.vtol.org/eas). The 14thAnnual EAS will be a virtual symposium with three-dozen speakers.

On October 5th to 8th, VFS will hold its 76th Annual Forum & Technology Conference (www.vtol.org/forum), the largest vertical flight technology conference in the world. This virtual technical meeting will feature some 230 technical papers over 40 sessions, complemented by VIP speakers from industry and government, and an extensive online exhibit hall. The 76th Forum includes dozens of talks and exhibits on eVTOL/AAM.

VFS is focused not just on the aircraft, but also the broader “ecosystem” necessary to support the broad adoption of eVTOL aircraft. The Society is holding its 3rd Workshop on eVTOL Infrastructure for UAM (www.vtol.org/infrastructure) on Sept. 1st to 3rd. This virtual meeting is dedicated to addressing infrastructure challenges and plotting out a plan of action in collaboration with industry and government stakeholders to advance eVTOL infrastructure development.

“We need to prepare now for the urban mobility needs of the future,” said Michael Dyment, managing partner of NEXA Capital, which has partnered with VFS to support eVTOL advancement. He continued, “Now is the time to plan, design and invest in the aircraft, air traffic management and infrastructure required for UAM.”

Infrastructure alone is worth USD19 billion between 2020 and 2040. NEXA’s subsidiary, UAM Geomatics (www.nexa-uam.com), provides an interactive web portal to 75 city profiles around the world which contains data on thousands of heliports, future infrastructure needs, and overall passenger demand.