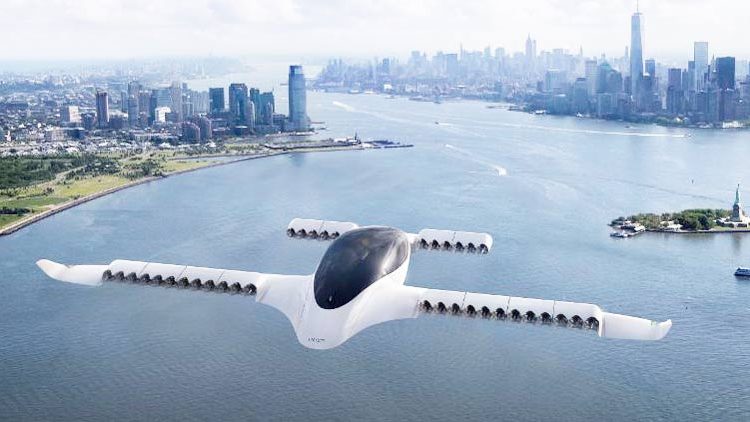 The urban air mobility (UAM) market is projected to grow from USD5.3 billion in 2018 to USD15.2 billion by 2030, at a compound annual growth rate (CAGR) of 11.33% from 2018 to 2030, according to research company Markets and Markets. The market will be driven by: “the need to increase operational efficiency, reduction in human intervention for intercity and intracity transportation using eVTOLs, and growing investment activities around the world.”

Markets and Markets’ main predictions are as follows:

“Based on component, the urban air mobility market has been segmented into infrastructure and platform. The platform segment is projected to grow at a higher CAGR during the forecast period owing to increasing investments from various eVTOL manufacturers for commercial applications, such as air taxi, personal air travel, cargo transportation, and air ambulance.

Autonomous segment estimated to lead the market during the forecast period”

Based on operation, the urban air mobility market has been segmented into piloted and autonomous. The autonomous segment is estimated to lead the market during the forecast period, as autonomous eVTOLs are better suited for passenger and cargo transportation and are expected to be increasingly used for intercity transportation. These autonomous eVTOLs can operate in urban areas as they are equipped with high-quality sensors and proven technology for human-free operations. Presently, the market for fully-autonomous aerial vehicles is smaller than that of the piloted aerial vehicles. However, the autonomous segment is projected to grow at a higher rate during the forecast period.

The European urban air mobility market is projected to grow at the highest rate during the forecast period. Countries in this region, such as Germany and France, are investing heavily in the development and procurement of advanced eVTOL systems for commercial operations. Advancements in the manufacturing capability of emerging economies in this region will drive the market. Additionally, the ever-increasing trend of automation and globalization in these coountries are fueling the growth of the European urban air mobility market.

In September 2017, Lilium developed a five-seat flying taxi, worth USD 90 million, capable of a vertical take-off and jet-powered flight.
In June 2017, Workhorse Group unveiled its SureFly helicopter at the Paris Air Show. SureFly is a personal helicopter/VTOL aircraft with four propeller arms (with two fixed contra-rotating propellers on each arm), a backup battery to drive the electric motors if the engine fails, and a ballistic parachute intended to safely bring down the craft if needed,” according to the research company.

Markets and Markets says the report aims to answer the following questions: