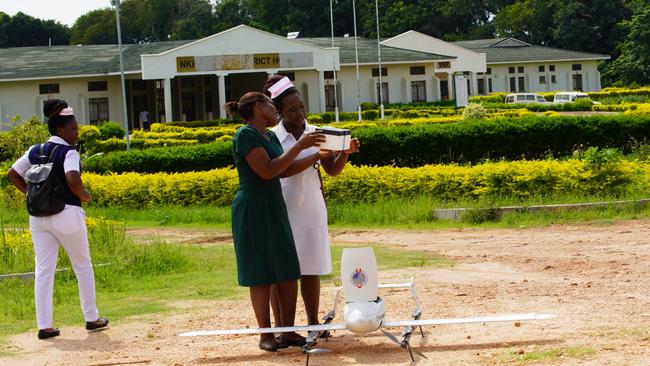 Swoop Aero, a Melbourne-based company that builds and operates drones to transport medical supplies, has secured an eight-figure sum from an investment round, reports australianaviation.com.au.

The company will use the money from Right Click Capital and Tempus Partners to establish a presence in New Zealand and certify its aviation systems for more operations.

The business has generated headlines since its foundation in 2017, including being the first company in the world to remotely pilot commercially used drones from another country. Swoop flew PPE in Malawi during the COVID-19 pandemic, while piloting the aircraft from Australia.

Chief executive Eric Peck said, “As the pandemic has shown, problems with access to much needed healthcare supplies are consistent across the globe, even in developed countries like Australia, where pathology tests take days to arrive, if they arrive at all.”

He continued, “We’re laser focused on further developing our service offering in ANZ and expanding operations so that more people can access vital services. We can’t imagine a future where drone transport isn’t a universally critical component of the health supply chain.”

Peck points out, “One of the biggest lessons from the pandemic is the need to remove the red tape which limited our capacity as a nation to respond as quickly as we could have, with a self-distancing solution to deliver life-saving medicines, and early testing kits.”

According to Peck, in Australia 5 percent of pathology test samples were lost due to inefficient delivery methods, and often took up to a few weeks to return results. Using aeromedical drone logistics to transport medicines, pathology tests and samples, reduces chances of lost tests and improves turnaround times.

Tempus Partners, Alister Coleman, said Swoop was fast becoming an extraordinary Australian company. “It’s been a game changer for developing economies, and for aid organisations like the Gates Foundation who are trying to support remote communities with their battles against some pretty nasty healthcare crises. We believe they have the ability to both do good and make a big impact.”

Swoop Aero has been behind a series of pioneering projects, including transporting a vaccine to a baby on a small Pacific island in conjunction with Unicef.

The aircraft flew 40 kms across rugged mountains in Vanuatu that otherwise take hours to cross by road. The company says around 20 percent of children in the country don’t receive important vaccinations because the supply is too difficult.