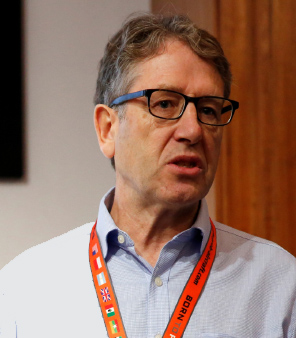 The expert developing the drone being trialled on the Isle of Wight says research is underway to allow it to ‘fly solo’ by taking the human “out of the loop completely”.

According to iwradio.co.uk, Professor Jim Scanlan of Aerospace Design at the University of Southampton, revealed studies are underway to develop this “safer and cost-effective method” for the long-term use of drones.

The Department for Transport gave £28m to a four-year project to trial the use of drones on the Isle of Wight. This test was fast-tracked some weeks ago by Transport Minister, Grant Shapps, due to the pandemic.

The trial is the first of its kind  and involves transporting medical supplies from Lee-on-Solent Airport to Newnhamfarm in Binstead. The drone can carry up to 100 kilograms in weight and makes the journey in ten minutes withstanding wind, rain and even fog. The test has gained world-wide media interest.

Speaking exclusively to Isle of Wight Radio, Professor Scanlan said, “We have developed a drone that is cheap to buy, repair and operate, it can do a huge amount of flights a day, it is very low cost and very exciting.”

The drone is a large, double engine, fix winged device -a similar size to a light aircraft but burns 12 litres of fuel an hour as opposed to five times that on a manned aircraft.

Professor Scanlan added that researchers are doing automative research: “The reason we want to take the human out of the loop is that in manned aviation most accidents are caused by what’s called human factors… so it is a safety and cost-benefit to take the human out completely… A human still supervises the landing but in the long term we will not need that.”

The trials to date have been a great success, says Professor Scanlan.