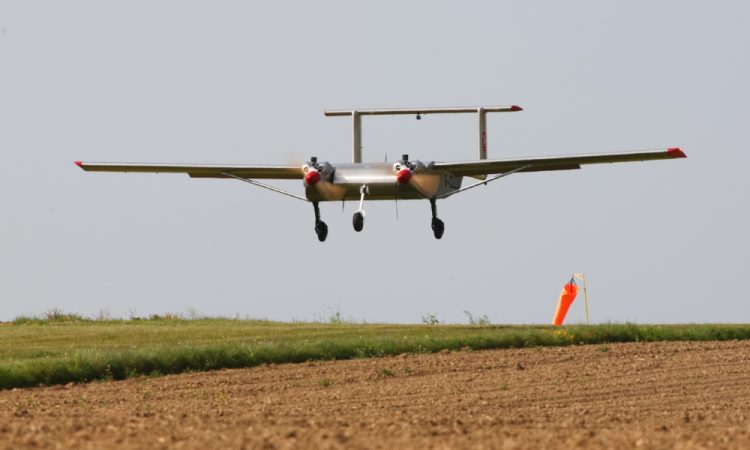 History was made in Binstead in the UK on Saturday, reports the islandecho.co.uk, when an unmanned aerial vehicle (UAV) landed on the Isle of Wight and took off again in a special UK trial fast tracked by the UK Government. (see Urban Air Mobility News story April 27th)

The double-engined, fixed-wing ‘Windracers Ultra’ drone took off from Lee-on-Solent at around 14:05 and touched down safely on the Island at Binstead Airfield at 14:23 after circling several times.

A team on the ground conducted a number of checks and the UAV took off again without fault at 15:40, circling several times before returning to the mainland. A payload of personal protective equipment was successfully offloaded from the drone and transported by road to St Mary’s Hospital.

What made today’s flight so special is that it is the first time outside of military use that a UAV has been allowed to fly out of the line of sight, meaning the pilot is controlling the drone remotely from a significant distance away – in this case 5 miles.

As previously reported by Island Echo, the Government has stepped in to fast track trials of drones to carry out autonomous flights to and from the Isle of Wight. Although the concept has been on the cards for sometime, it has been realised that the flights must be established quicker to support the Island during the covid-19 crisis.

The Windracers Ultra drone can carry a whopping 100kg for 1000 miles, but during the trial period it will carry a maximum of 40kg – starting with PPE before then expanding to carry medicines and blood, as and when approved. It it expected that as many as 4 flights a day could be carried out in the future.

The CAA gave the nod for the inaugural cross-Solent flight to take place earlier this month with many speculating as to when exactly the flight would take place. This Saturday’s benign conditions resulted in a green light and the flight came just 24 hours after the drone ventured over water for the first time.

Witnessing the landing were team members from the drone project and the family of the land owner.

Video of the Historic Flight